A written language existed by those living in Georgian territory about 3,000 years ago, a top American laboratory confirms.

Miami-based Beta Analytic, the world's largest professional radiocarbon dating laboratory, confirmed an unidentified piece of writing found at Grakliani Hill in eastern Georgia in 2015 dated back to the 11th or 10th century BC.

The laboratory results were said to be "sensational” and the discovery would change world history and rank this writing as the third oldest piece of writing ever discovered.

In August 2015 an archaeological expedition from Tbilisi State University discovered the ancient writings at Grakliani Hill, located on the slope of the main highway near Kaspi town. At the time the discovery was assumed to be the oldest written language ever found in Georgia.

With the recent testing, Beta Analytic confirmed this was the oldest written language in Georgia but in the top three oldest writings ever discovered. 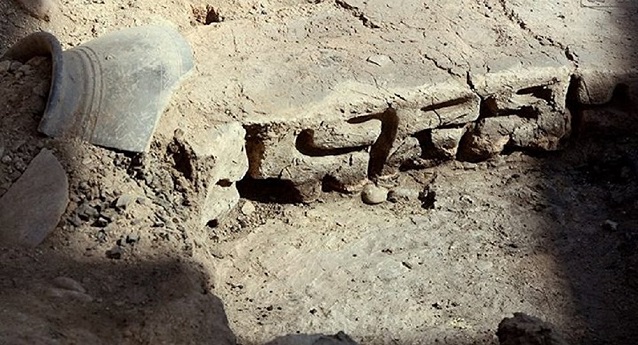 The ancient writing discovered at Grakliani Hill has no analogue in the world and dates back about 3,000 years.

Experts agreed the discovered bilingual piece was a sample of written language but they had no idea what written system the script used. The only thing known was that both writings dated back about 3,000 years and each used a different writing system.

This was a "sensational” discovery that created a "huge puzzle” for archaeologists, say historians.

"A written language is a sign on civilisation, and the world has now enriched with another huge civilisation,” said head of the Institute of Archeology of Tbilisi State University, Vakhtang Licheli.

However the new discovery should change the world ranking, as the Grakliani unknown writing is now the third oldest writing system following the 3,500-year-old Chinese hieroglyphs and Cuneiform script.