A unique discovery has been made in Georgia that experts believe could change world history.

An unidentified piece of writing found by an archeological expedition from Georgia’s State University at Grakliani Hill, in the eastern Kaspi region, confirmed the existence of the written language on Georgian territory 2,700 years ago.

The archeologists said the writing had no analogue and it would become "an extremely interesting piece” for foreign scientists and explorers.

The writing was inscribed on the wall of the 7th Century BC temple dedicated to a fertility goddess.

He added an outdoor museum would soon be built at the site to allow visitors to observe artifacts and archeological excavations. 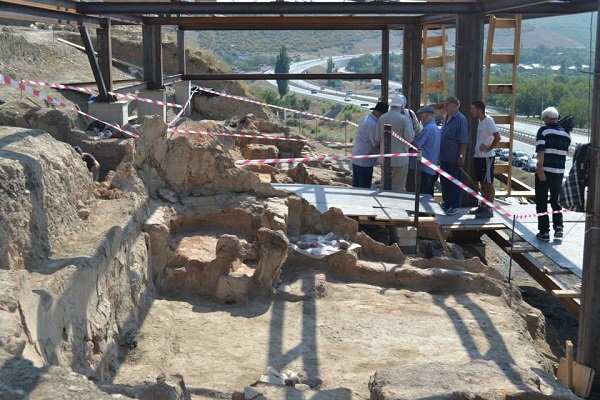 Georgia's Minister of Culture says an outdoor museum will be built at the site.  Photo by TSU.

Head of the Institute of Archeology of Georgia’s State University, Vakhtang Licheli, said through the "excellent discovery”, Georgia was among the elite civilizations that enjoyed their written languages thousands of years ago.

"The writings on the two altars of the temple are really well preserved. On the one altar several letters are carved in clay while the second altar’s pedestal is wholly covered with writings,” Licheli said. 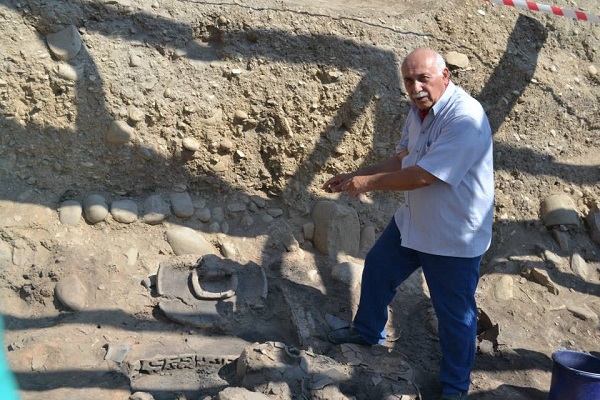 Archeologists believe foreign scientists, archaeologists and explorers will express their interest in the Georgian discovery. Photo by TSU.

Grakliani Hill depicts a non–stop 300,000 year chain of human development from the Stone era to the Antic period.

Ten layers of the site have been excavated, through which various ancient weapons, worshiping icons and pharmacological devices were uncovered. 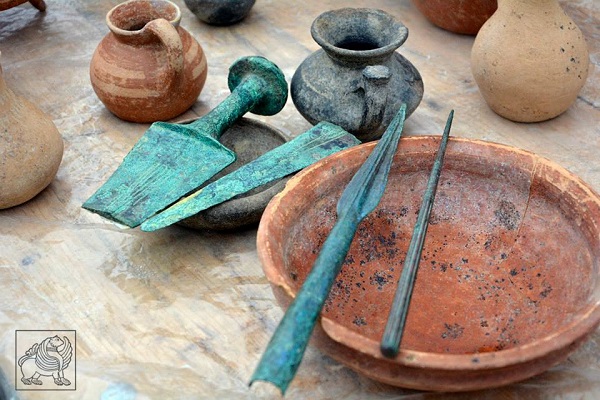 Vessels and weapons found at Grakliani Hill. Photo by qartli.ge.

A printing device of the 4th Century BC was described as one of the most important discoveries of the area, which analog was found in South Mesopotamia.

In recent years archeologists also found a gold disc dating back to the 5th-6th Century BC. The same disc is preserved in Iran. 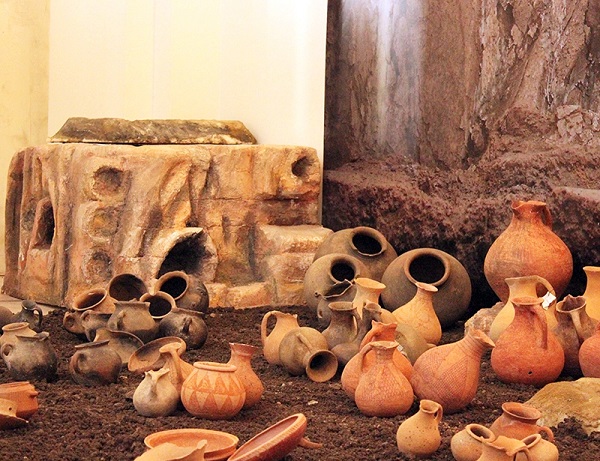 Several rooms for worship and special mills and hand-mills also attracted international interest. From this discovery it is believed that wheat used in baking bread was grinded there.

Furthermore, an altar platform discovered in the area has no analogue in the world.