An 18 million GEL investment is being made in a new hotel and entertainment complex in Batumi, on Georgia’s Black Sea coast.

The hotel will be built in Heroes Alley and is expected to open in 2019.

Local development firm House in Alley, which purchased land in Heroes Alley through privatisation, laid the foundation of the project this week.

The Government of the Autonomous Republic of Adjara said at least 18 million GEL (about $8.4 million/€7.5 million*) will be invested in the new hotel complex. 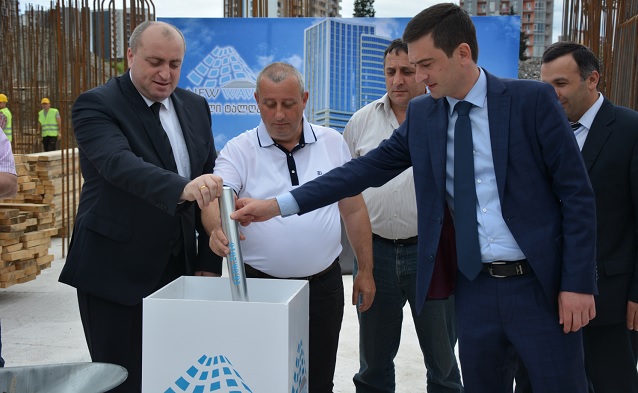 The Heroes Alley territory covered the area from the Batumi Justice House to the area known as the Batumi Gate, and the nearby territory.

The area concept plan stated the new hotel could not reach higher than 140 metres or less than 30 metres.

Currently 35 people are employed in the construction works of the new hotel.

The Adjara Government stated other new hotels, residential apartments, restaurants, entertainment facilities and sport centres would soon be built in Heroes Alley and announced two more investment projects were planned for the area. This work would begin in the near future.

The Adjara Government added it was important to develop this area as Batumi lacked such facilities for locals and tourists.