Construction of a 47-storey Trump Tower in Batumi will resume "in the near future” said a spokesperson from Silk Road Group, the company licensed to use the name 'Trump' for the residential building project.

Taking into account the positive developments in Georgia’s real estate market and better investment environment, we are planning to continue this ambitious project in near future,” said head of the real estate department at Silk Road Group Giorgi Marr.

Read this article if you are curious about Trump's unique connection with Georgia.

Initially the project was announced in 2010. Donald Trump, the United States president-elect, was not going to build the tower himself but he licensed the use of the 'Trump' name to Georgia’s Silk Road Group, one of the largest private investment companies in the South Caucasus.

As Georgia becomes a player in the global economy, what's extremely important for Georgia is to have a brand like Trump coming to Georgia and showing the world that like Western development, Georgia is coming to the market as well," Michael Cohen, Trump Organisation's executive vice president said at the time. 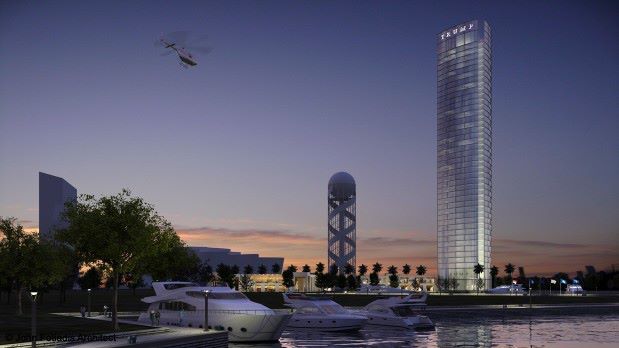 Trump himself visited Batumi, Georgia in April 2012 to expand his global real estate empire. After learning of the project he decided to lend his name to luxury tower in the city.

After the visit Trump told Reuters there were a lot of opportunities in Georgia that went beyond real estate.

I think you have a lot of investment opportunities in Georgia. It is amazing what is going on. It is one of the really amazing places in the world right now," Trump told Reuters in 2010.

Marr explained the reason why the Trump Tower project was suspended years ago was because the cost of real estate were not increasing properly in the region. Also the company faced challenges created by the former government of Adjara at that time, he said.

The Silk Road Group confirmed its contract with Trump Organisation was still in force and Trump Tower Batumi would soon become reality.