More than 80 anti-hail firing points in Kakheti have been identified and had equipment installed, in a bid to reduce the damage to crops caused by hail by up to 95 percent.

The project is already underway with the anti-hail net system already installed on Chotora Mountain. The firing points will be managed from the Chotora Mountain territory.

The country’s Military Scientific-Technical Centre, DELTA, was in charge of the anti-hail system in Kakheti.

The anti-hail system worked by launching an unguided 60mm rocket into the air that would disperse a reagent into the air to reduce hail from forming in the clouds. The rocket has the capacity to carry 50-70g of silver iodide reagent, officials noted.

When the rocket reached the appropriate height, the silver iodine reagent will be dispersed at an altitude of 2.5-4.5 km above ground for 30-35 seconds. The estimated number of rockets needed in a 12-month period is 5,000 units. 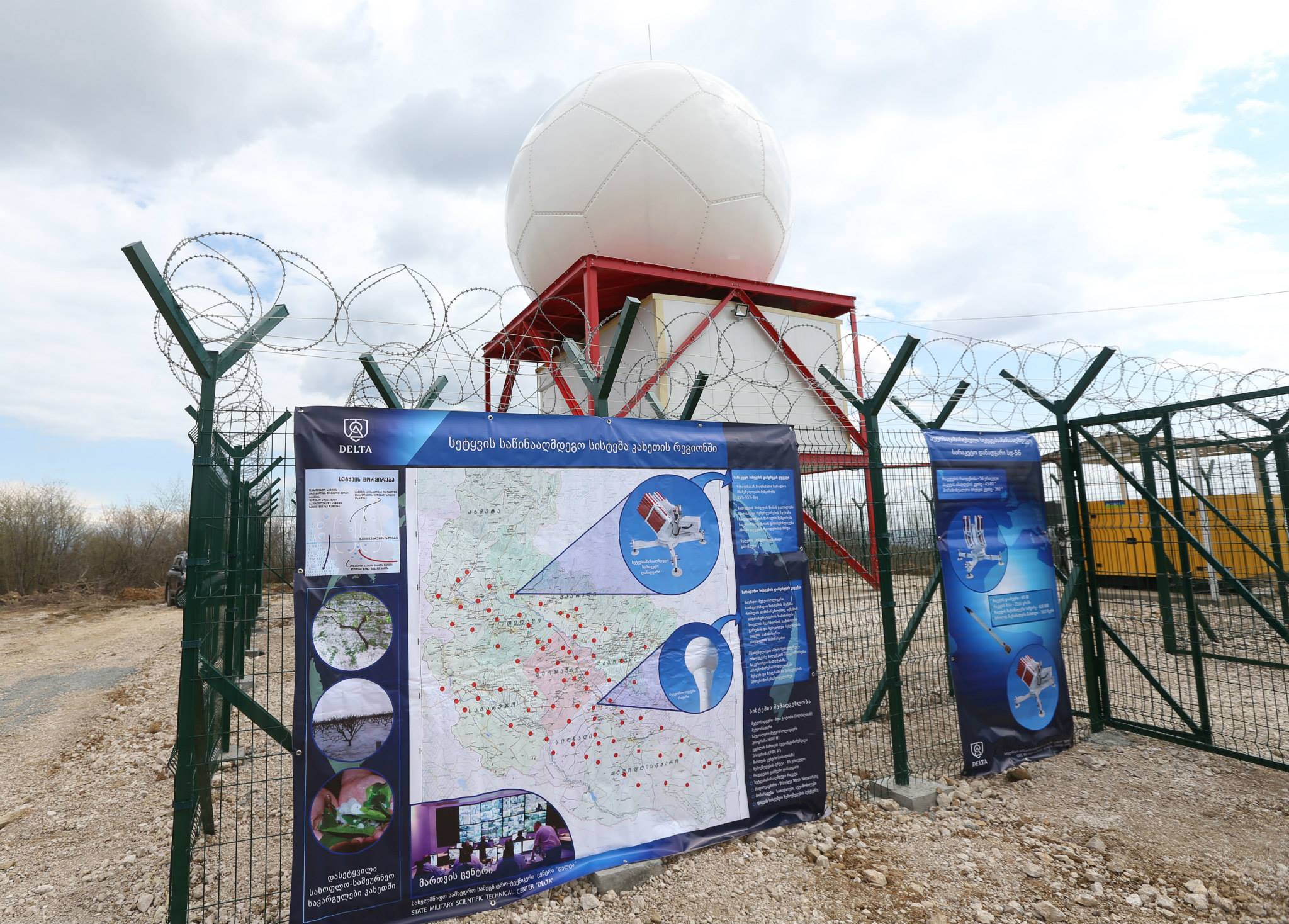 Hail has always been a major issue for people in Kakheti. Every year a large portion of the agricultural sector, particularly grapes, are damaged beyond repair by hail, leaving farmers with no crops.

During the pre-election period the region’s population urged the Government to provide a solution to the hail problem.

The latest largest hail storm in Kakheti was recorded in July 2012 when 100 percent of all crops were destroyed in several villages. Furthermore, hundreds of houses were left without roofs and many cattle died.

Meanwhile while PM Garibashvili was in Kakheti today, he mobilised central and regional government representatives, businessmen and potential investors and introduced them to the various opportunities available in the region and promised full Governmental support if they put extra effort into doing business there.

Garibashvili held the meeting in Signagi, introduced to them the regional economy development plan, as part of the Strong Region for Strong Georgia Governmental program.

Kakheti is the fifth region of Georgia where Garibashvili visited for the purpose of promoting the economic potential of the regions.

"The total value of investment projects being implemented in the region is 224 million GEL. I would encourage the business sector representatives to implement more investments in this region,” Garibashvili told the audience.