The Order of the Star of Italy was presented to the Georgian mezzo soprano in a special ceremony at the residence of Italy's Ambassador to Georgia Antonio Enrico Bartoli today.

The formal decision to award Surguladze with the prestigious honour was approved by Italy's President Sergio Mattarella and aimed to highlight the singer's contribution to friendship and cooperation between Italy and Georgia. 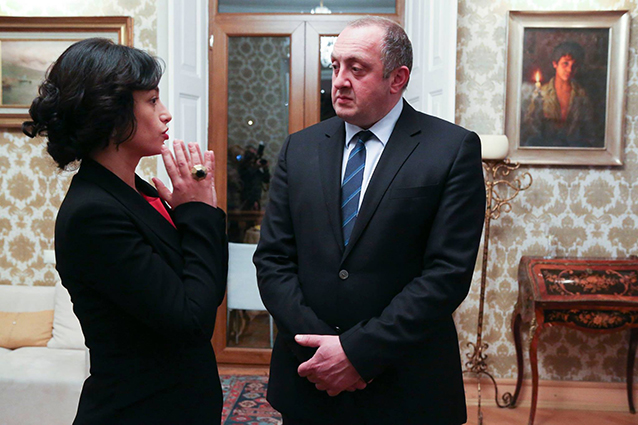 Surguladze's awarding ceremony was attended by diplomats and officials including Georgia's President Giorgi Margvelashvili. Photo from President's Office of Georgia/Facebook.

Surguladze spent a significant part of her ongoing career in Italy, where she received a scholarship at the academy of the famous Teatro alla Scala in Milan and twice was selected to perform in opening shows for the theatre's seasons.

Surguladze was also a recipient of Georgia's 2010 Presidential Order of Excellence. She received the Order after her performance in a unique television production of the opera Rigoletto in Mantua in Italy.