Georgian opera singer Nino Surguladze has been revealed as Italy's best mezzo soprano performer of the past opera season after winning a top international award regarded as the 'Oscar of Opera'.

Yesterday Surguladze was revealed as the winner of the 2016 GBOSCAR Best Mezzo Soprano award after gaining the most votes in an international competition where people from all over the world voted for their favourite opera star across a range of categories.

The award was presented by prestigious Italian magazine GBOPERA. The winners were revealed yesterday – one day after the public voting closed.

The Best Mezzo Soprano award was one of seven categories within the annual GBOSCAR awards from GBOPERA magazine.

Not long after the results were announced, Surguladze expressed her gratitude to those who had voted for her in the online poll.

I would like to thank everyone who supported me. I will express my gratitude to them again in my performances. I would also like to note that all [nominees] of the contest deserved to win it - all of them are the best," said Surguladze. 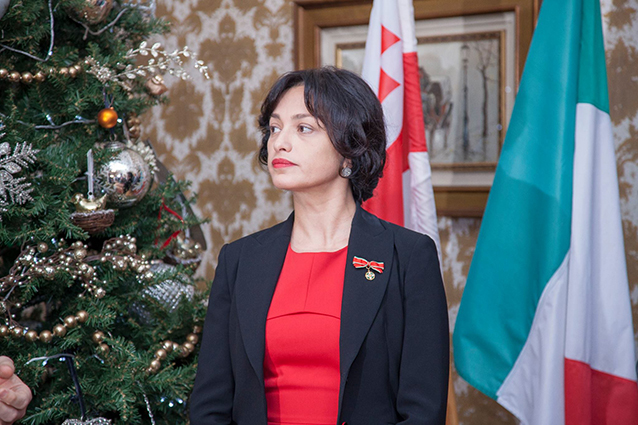 The Georgian singer was nominated for the award for her 2015 performance in Nabucco at the Opera Festival at the Arena di Verona in Italy.

The other awards presented by GBOPERA magazine were: Best Production, Best Conductor, Best Soprano, Best Tenor, Best Baritone and Best Bass from the past opera season.

Another Georgian singer was also nominated in the GBOSCAR Best Mezzo Soprano category.

Opera star Anita Rachvelishvili was shortlisted for the award for her part in the famous opera Aida, which she performed at the Opera Festival at the Arena di Verona in Italy.

The official GBOSCAR awards ceremony will be held on May 17 at the Riccardo Zandonai Theatre in Rovereto, Italy.

Last year Surguladze was awarded the Order of the Star of Italy, the country's top national prize for developing relations between countries and nations. The prize was presented to the singer by Italy's Ambassador to Georgia Antonio Enrico Bartoli.