Famous Italian film star Sophia Loren is coming to Tbilisi to support a charity that raises money for the treatment of Georgian children with severe illnesses.

The Academy Award-winning actress will travel to Tbilisi later this month to attend an opera and ballet concert organised by the Desire Tree charity fund, which was established by award-winning Georgian opera singer Nino Surguladze.

Loren will arrive in Tbilisi on June 13 and attend a June 15 premiere of the show For the Love at the Tbilisi State Opera Theatre.

At a special press conference in Tbilisi yesterday Surguladze announced Loren's attendance of the June 15 event.

Loren’s presence at the performance aimed to highlight the Desire Tree charity, which raised money to provide surgery for Georgian children with severe illnesses and health risks. 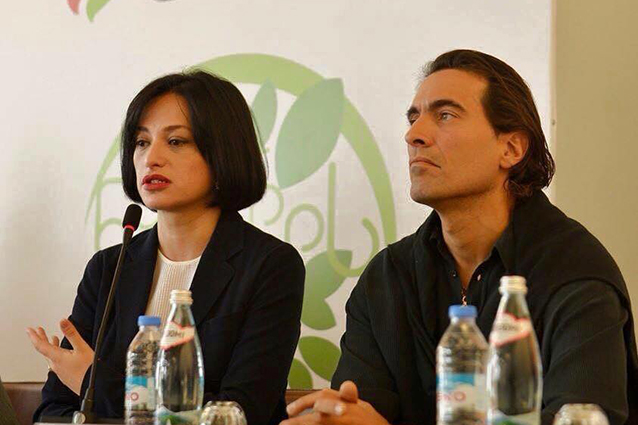 The appearance earned her the Academy Award in 1962, launching the actor's international cinema career.

The June 15 show in Georgia's capital will see Surguladze take to the stage alongside the Tbilisi State Opera Ballet Company (State Ballet of Georgia) and the Theatre’s orchestra. The orchestra will be led by Italian conductor Carlo Ponti, who is the son of Loren.

Ponti will represent an Italian staging team working with the Tbilisi State Opera and Ballet Theatre to turn the production into reality. The conductor also attended Wednesday’s press conference and said he felt "honoured" to take part in the charity show.

The evening will host around 200 international reporters travelling to cover the event, as well as Italy's Ambassador to Georgia Antonio Enrico Bartoli.

Last year Bartoli awarded Surguladze the Order of the Star of Italy in recognition of the singer's contribution to friendship and cooperation between Italy and Georgia.

The June 15 occasion will mark the fifth charity event by the Desire Tree fund, which was founded by Surguladze in 2014.

The show For the Love will also be performed at the Tbilisi State Opera on June 17 and 19.