A five-star hotel, financed by major Chinese company Hualing Group, has opened on the shorelines of Tbilisi Sea.

The facility, named Hotels & Preference Hualing Tbilisi, was part of the Tbilisi Sea New City – the largest project of Hualing Group in Georgia. 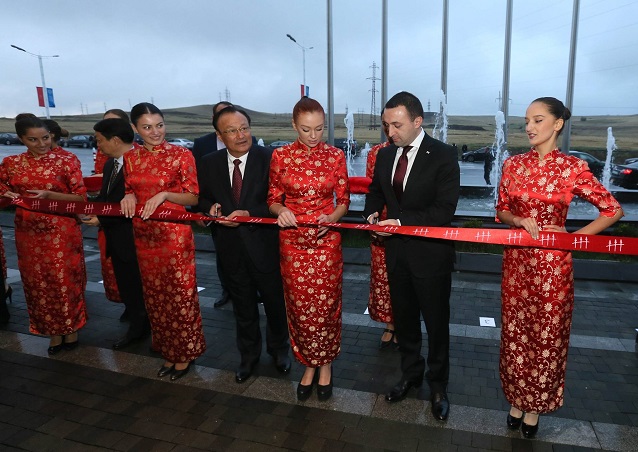 As for the Tbilisi Sea New City, the project area occupied 420 hectares of land. The entire project was estimated to be completed in 10 years, with about $150 million USD expected to be invested in the first three years.

Garibashvili said the project focused on the economic and urban development of the district. When complete the new city will consist of a residential space and commercial space, each measuring two million m2.

The athletes’ village for the 13th European Youth Olympic Games – commonly known as Tbilisi 2015 – was located in the Tbilisi Sea New City. The athlete’s accommodation was one of the first parts of the project that was completed.