The Georgian capital of Tbilisi will have one of the largest trading centres in the South Caucasus as Hualing Tbilisi Sea Plaza has officially opened today.

With a total investment of around $150 million USD (about 370 million GEL) the trading centre offers up to 400 shops.

Tbilisi Sea Plaza is believed to be the largest trading centre in the South Caucasus. Photo by PM's press office

China is one of the largest investors in our economy. As deepening cooperation between our countries is among the main priorities of our government, I especially welcome the signing of the Free Trade Agreement in recent months that, I believe, is a historic agreement”, Kvirikahsvili said.

Attending the trading centre opening ceremony, Prime Minister Kvirikashvili welcomed the fact that Georgia is the first country in the region to have signed such an agreement with China. 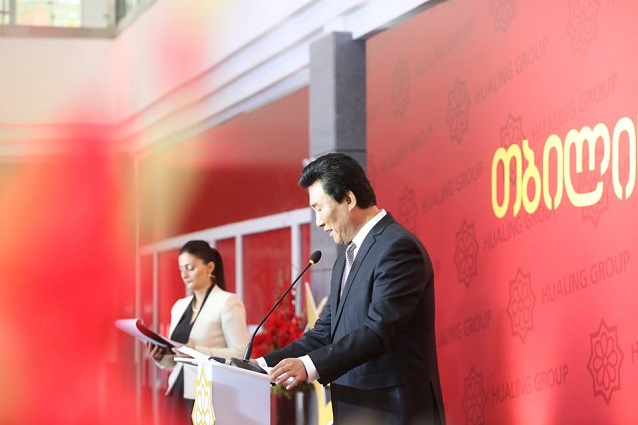 China is one of the largest investors in Georgian economy nowadays. Photo by PM's press office

Tbilisi Sea Plaza will now be the largest wholesale commercial and retail core in not only Georgia but the South Caucasus. It will also become a goods/trade collecting and distributing center in the Eurasian region.