Hundreds of tourism professionals and key players from the global travel industry that will gather in Berlin, Germany in March next year for the world’s largest tourism exhibition ITB Berlin 2023 will have the opportunity to experience the world-famous hospitality and welcoming culture of Georgia, after the country was announced as the host of the event.

Georgian authorities have already started preparatory works, with the acting head of the Georgian national tourism administration, Medea Janiashvili, and her office working on the concept of the marketing campaign for the event. Janiashvili said the concept would develop in two ways - the trade show itself and a promotional campaign of the event as well as the country as a tourism destination.

In cooperation with ITB Berlin, Georgia as the host country will organise the grand opening show of the fair and be highlighted during the entire event over three successive days, from March 7-9.

The official website of the fair has said Georgia will kick off the show with a festive opening gala at CityCube Berlin, with the event to be livestreamed. The country will also be strongly represented on the exhibition grounds, including at hub27 and in Hall 4.1.

In this interview with agenda.ge, Janiashvili shared some plans of how the country is going to position itself in Berlin next year, and discussed the marketing campaigns planned to better promote it as a tourism destination worldwide. 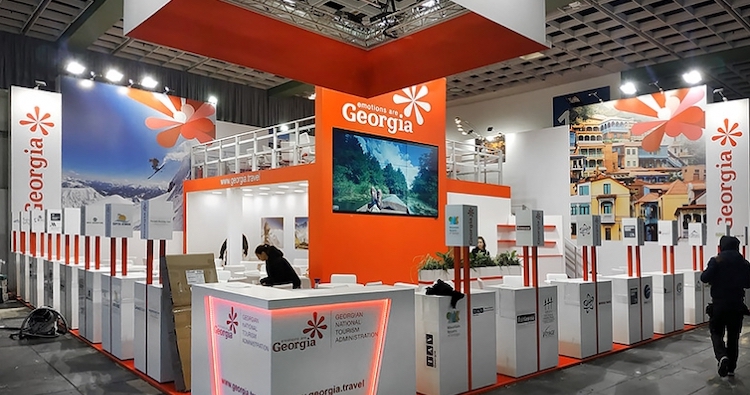 Q. Being a host country of the world’s leading trade show is a big responsibility. How will Georgia cope with this responsibility in your opinion and what are the expectations, benefits from this show for our country?

A. Positioning yourself at the ITB Berlin exhibition as a host country is on the one hand a very ambitious statement and on the other hand it tells the world that Georgia is a worthy and very interesting country to host this exhibition.

As part of this exhibition, we are planning to run a campaign in Germany next year, aimed directly at the German market.

We will have the largest stand that will showcase all our competitive and superior travel products, which will really attract potential tourists - both business and individual. We are planning an event for about 3,000 people as part of the exhibition. In addition, the campaign will take place throughout the year in Germany. It will be external branding, direct work with business, publishing of articles about Georgia. The more active the [initiative] is in using many channels, the more successful the campaign will be.

I am sure that Georgia’s ability to be an unforgettable, hospitable country will be reflected in this show, and every visitor will feel it. 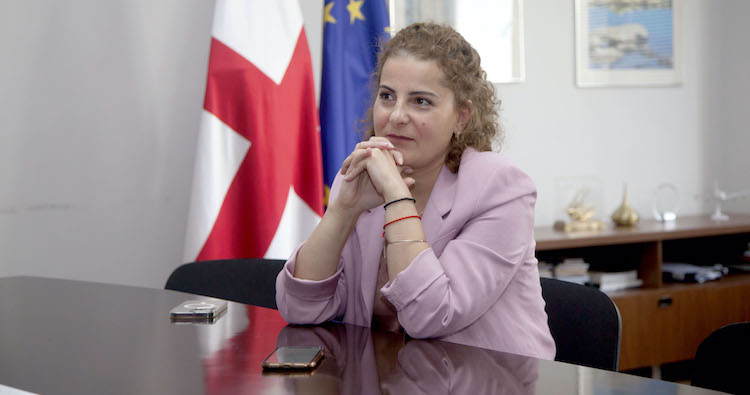 On the other hand, this three-day event will massively help draw the attention to our hospitable country among visitors all over the world. This is to further strengthen our position on the world tourist map and confirm that we are a very worthy country with great potential for tourists.

Q. How many marketing campaigns is the GNTA running currently and which are the target countries?

As part of organised press tours, about 550 media and tourism company representatives and influencers have visited Georgia, as a result of which about 1,300 social media publications, 27 articles and one TV show have been released. In addition, by the end of the year, three episodes and 13 articles are planned to be published, in addition to press tours in cooperation with airlines including FlyDubai, Turkish Airways and airBaltic. 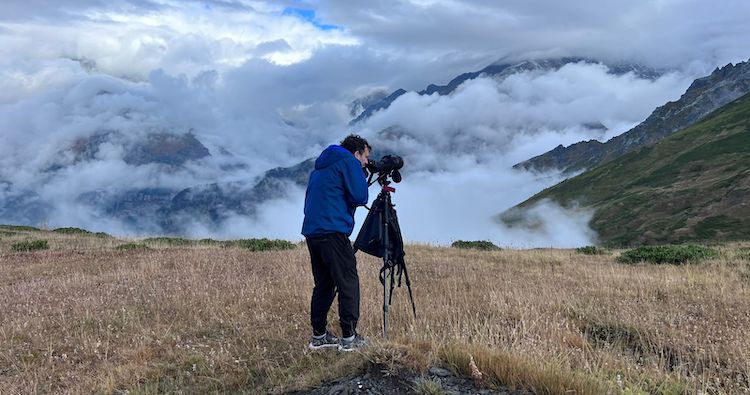 In order to position Georgia on the international arena, the GNTA, together with representatives of the private sector, has participated in six international tourist exhibitions and fairs such as FITUR 2022 Madrid, ITB Berlin, IMTM Tel Aviv, Connect Helsinki, ATM Dubai, and TOP Resa Paris. In addition, it is scheduled to participate in four international exhibitions by the end of the year - WTM London, World Travel Show Warsaw, Berlin Travel Festival and IBTM Barcelona. 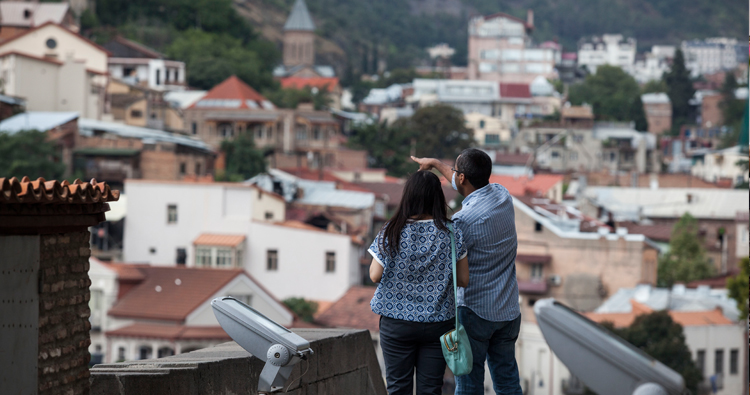 Q. What is the strategy you base a marketing campaign on?

A. Before planning a marketing campaign, we define target markets. The Covid-19 pandemic and the Russia-Ukraine war have changed our approach a little. Due to the war, we lost a very important market - Ukraine. It was a very growing market.

In addition to defining target markets, all marketing campaigns are preceded by market research. We have several channels from which we gather information about which tourism product to bring to which market. One such channel that we use very actively is the Visa and MasterCard data that we work with. In this way, we get information about which tourism product this or that market is interested in - for example, whether it is adventure, gastronomy or cultural tourism that interests travellers. We also obtain information on how far in advance they plan a trip. After the Covid-19 pandemic, many things have changed in this direction as well. For example, before we would know that a German tourist would be likely to plan a trip a year in advance, but now this period is reduced to 62 days.

Such studies help us and are necessary to plan the campaign properly. 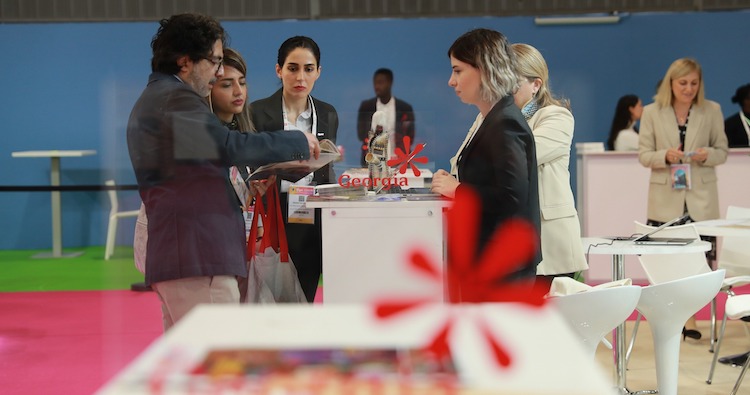 B2B meeting as part of the trade show. Photo: GNTA

In turn, we have divided these marketing campaigns into different methods: intensive work with international media, as part of which we bring journalists and arrange press-tours; integrated campaigns, when we prepare certain materials that are distributed in specific countries; and tourist exhibitions, in which we participate and promote our country on the spot. We go to travel fairs together with travel companies and introduce [our promotions] to business.

If before we used to say that Georgia is an attractive country, and encouraged international travellers to come and visit [it], now it is no longer enough. Now we are at the stage where you have raised awareness, and now everyone expects you to tell them what specific products you offer. “I am a country of ancient culture, which is modern and constantly developing” - this is what Georgia has to say [to them] today.

Q. Which tourism product of Georgia attracts tourists the most in the country?

A. Hospitality is the starting point from which all tourism products are formed, and this is our advantage. People are no longer travelling to see a specific place - they are looking for an emotion. That's why the world is now trying to make tourist offers evoke emotions and not just the spectacular part. The tourist product should be emotionally memorable and you should not only witness it visually but be a direct participant in this product.

Georgia has a huge potential in many directions - we have seaside, mountainous areas, desert locations; we are a country of four seasons; this small country has gastronomic offers from different regions - these are our advantages, which very few countries in the world have.

Q. In addition to traditional destinations, what new offers can Georgia make to foreign vacationers?

A. There are many tourist products in Georgia that can be presented and gradually developed, which we are working on. An example is the health and recreation direction, which has great potential. The new project of [rehabilitating the abandoned Soviet-era] Tskaltubo resort also serves this idea - that we position ourselves in the international market as a country with unique offers in the direction of health tourism.

Although we are a small country, we have a lot of ring roads - that is, you can move from one region to another, and to a third without repeating the same path. This is the most important thing in tourism. 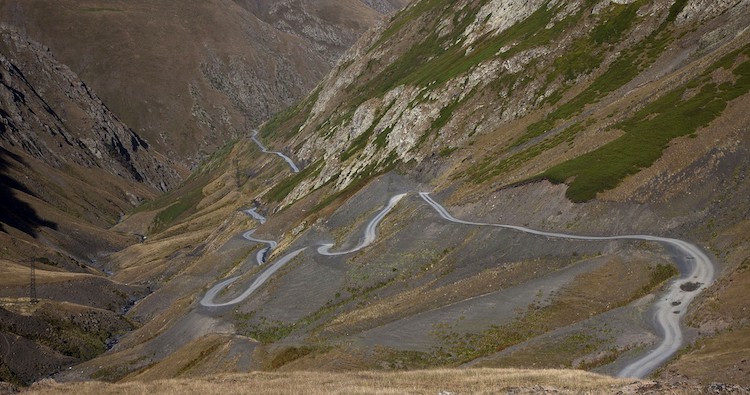 Road heading to Tusheti highland region is considered as one of the most dangerours road in the world. The road is planned to be completedly renovated by the end of 2025. Photo: Nino Alavidze/Agenda.ge

Q. What are the challenges?

A. Staff shortage. After the pandemic, the shortage of personnel has become a special problem in the world. As a result of the pandemic, the tourism sector of the world lost up to half a million staff, as this sector was the most affected. Employees moved to other fields. In recent years, we often talked about the problem of qualified personnel. And now we are saying that it is just a staffing problem. We do not have enough personnel in the tourism sector. And the interest in working in the hospitality sector in the world is slowly decreasing, which is the biggest challenge in the world. We are in constant communication with other countries on how to solve these problems. We are working in this direction.

Q. And at the end of our interview, please share some plans for promoting domestic tourism. 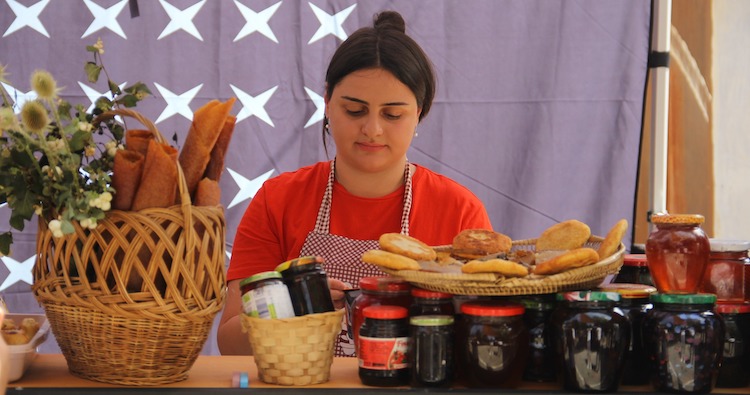 To promote domestic tourism we launched the local food and drink festival Gemo Fest this year, which took place in the Racha region of Georgia.

The idea of the Gemo Fest was to further develop gastronomic tourism. This festival is useful not only because it promotes domestic travel, but also because the local people are becoming aware of their opportunities and are involved in the formation of this tourism product.

In addition, wine festivals and various cultural events are held in the country, which we support. All this contributes to the development of domestic travellers.