Among other areas, the Tbilisi operations team of Rakuten Viber will work to refine and develop software compatible with iOS and Android systems and improve their quality. The company is in talks with the Georgian Government to receive the legal status of an international company in the country, the Ministry said.

The international technology company’s industry profile was discussed in a meeting between Levan Davitashvili, the Georgian Economy Minister, and Ofir Eyal, the CEO of Rakuten Viber on Monday. 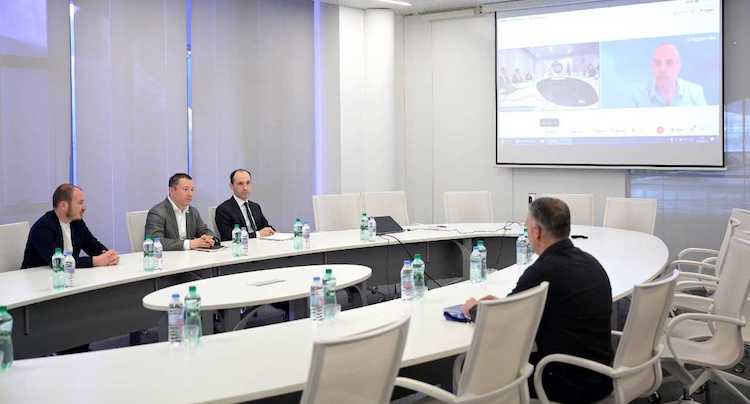 The Georgian official called the opening of the company's operational office in Tbilisi a “good opportunity” for local IT engineers to work at Viber, adding it would become a “new incentive” for individuals interested in the development of high-tech business in the country. Photo: Georgian Economy Ministry

The Minister also said the office’s launch was a “notable message” to other global technology companies about the business and investment environment in Georgia.

Rakuten Viber is the leader of global messaging services with hundreds of millions of users in 190 countries, part of Japanese Rakuten Group inc.