Students of Telavi State University in eastern Georgia’s Kakheti region and residents of Lagodekhi and Sagarejo municipalities were on Monday invited for a discussion on the state bodies’ work to combat femicide and public participation in the effort, the prosecutor’s office has announced.

Representatives of the office in the region shared information on the agency’s work against femicide, domestic and gender-based violence to the students. 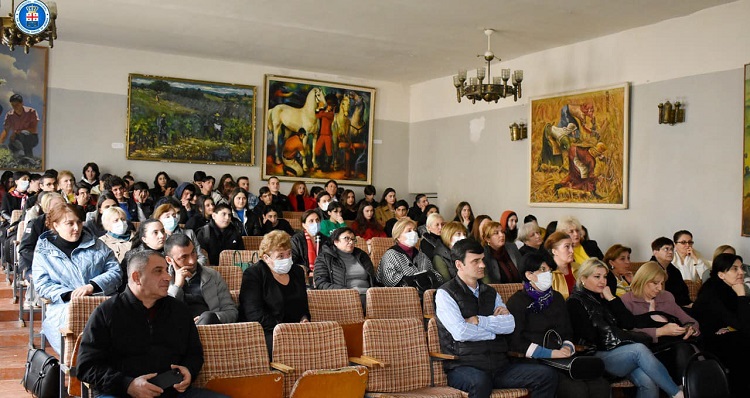 Photo: The Prosecution Service of Georgia

Causes of gender-motivated crimes and gender stereotypes, as well as barriers facing women victims of violence were highlighted during the meetings, the state body said.

Participants also had an opportunity to share their views on the issues, and the challenges women victims face. 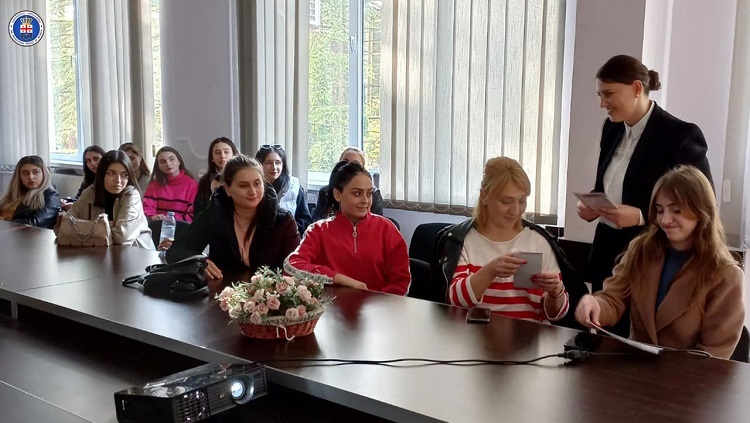 Photo: The Prosecution Service of Georgia

The meeting comes as part of the public information campaign of the office, launched last month and supported by the United States embassy and the United Nations women’s organisation.