A human capital programme designed to unlock Georgia’s growth potential through investments in health, education and social protection has been launched in the country, the World Bank announced on Tuesday.

This is the largest World Bank investment ever extended to Georgia during the three decades of partnership, and the bank’s first cross-sectorial operation comprehensively targeting three critical areas of human development", the bank said.

The programme has been launched with the financial support of the bank and the French development agency, with the former investing $400 million and AFD contributing with its co-financing of €100 million.

“Along with the government of Georgia, we are investing in the people of Georgia and in their future. And we believe that our joint efforts in strengthening Georgia’s human capital will be a significant boost to the country’s social and economic prosperity”, said Sebastian Molineus, World Bank regional director for the South Caucasus. 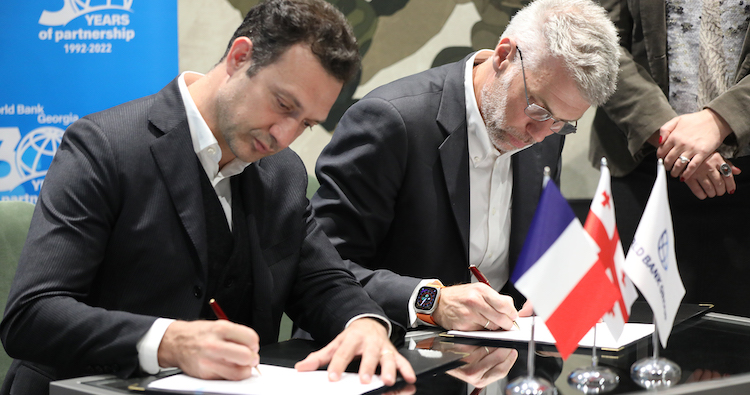 “This programme is an opportunity for continuation of the long-standing cooperation between AFD and the government of Georgia for social policies and health since 2016, and an opportunity for more ambition and more impact for the people of Georgia, especially women”, said Raphaël Jozan, director of AFD office for the South Caucasus.

According to the World Bank, the programme aims to help improve the quality of life for citizens of the country by “enhancing efficiency, inclusion, and connectivity of human development services”.

The initiative aims to achieve this by “ensuring fair and equal access to high quality education”, better targeted social benefits, and “strong preventive healthcare” with lower costs of treatment and medicine.

Georgian finance minister Lasha Khutsishvili said that the government "deems human capital development among its most significant priorities and acknowledges the need of investments towards this end".

"We believe that our joint effort will lead to empowered human capital in the county that will facilitate further advancement and major productivity growth in Georgia”, said Khutsishvili.