Georgia will receive €100 million from the French Development Agency to co-finance its human capital development programme as part of the agreement signed on Tuesday between the AFD, the ministry of finance of Georgia and the French embassy.

The ministry said the programme was already financed with €358,500,000 from the World Bank, with today's agreement providing additional funding.

Improving the efficiency and inclusivity of the human capital supply system in Georgia is the goal of the programme, which aims to achieve the following results: 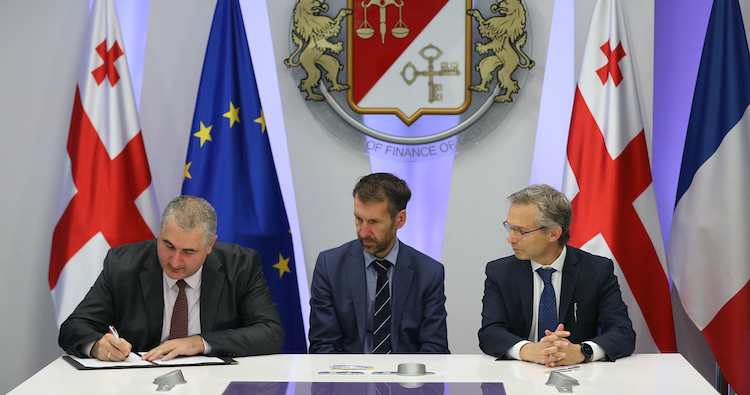 The state body said Georgian finance minister Lasha Khutsishvili had met Cyrille Bellier, department head for Balkans, Middle East and Asia at AFD, to discuss cooperation between Georgia and the agency before the signing of the agreement.

The performance of projects supported by the AFD in Georgia and prospects of future cooperation were also reviewed in the meeting.