Georgian civil activists and opposition politicians held a rally in solidarity with Ukraine outside the government administration offices in Tbilisi on Saturday.

Denouncing Russia's military buildup at the Ukrainian border, the demonstrators carried Georgian and Ukrainian flags and banners, including ones that read: "Georgians stand with Ukraine" and "Georgia and Ukraine without Russia." 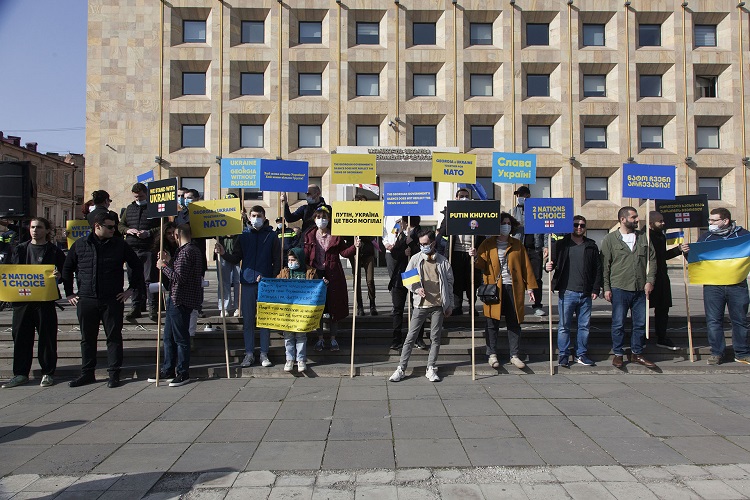 The first and the very natural emotion, position, historical choice is a sense of solidarity with Ukraine," Khoshtaria noted. 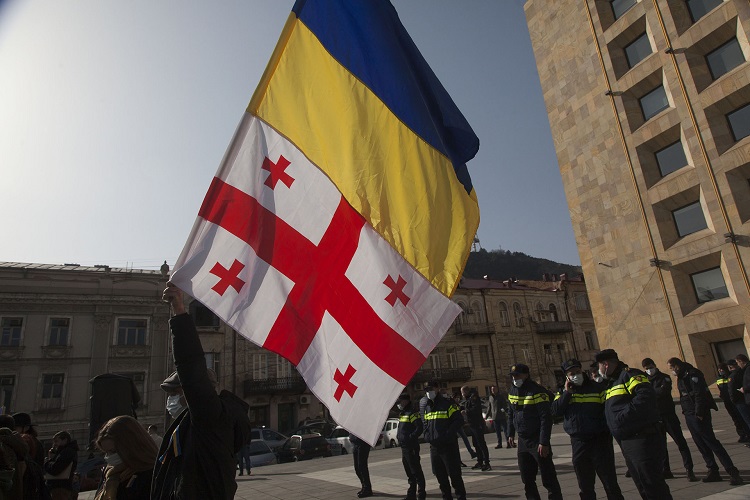 The Georgian parliament adopted a resolution in support of Ukraine on February 1, condemning "any military intention" aimed against the sovereignty and territorial integrity of Ukraine.