Georgian prime minister Irakli Garibashvili highlighted the role of his country as one of key contributors to NATO peacekeeping missions over the years in his address to the United Nations general assembly on Thursday, pledging “increased contribution” to “common security”.

Georgia contributes to global peace and the rules-based international order. For over two decades, Georgia has contributed to NATO missions around the world, serving as one of the largest per capita contributors to the mission in Afghanistan”, he said, adding “we have lost many brave soldiers, hundreds were wounded in these missions and suffered significant casualties”.

The PM reiterated his government’s readiness to stand by NATO in “protecting common security” while continuing to support European Union-led missions.

Pointing to the ongoing conflict in Ukraine, the head of the Georgian government said the war showed a wider Black Sea security was “at the forefront of the Euro-Atlantic security agenda”.

“Georgia, as an indivisible part of the regional architecture, is ready to increase our contribution to common security”, said the PM, stressing peace in the region was a “precondition” for economic development of all countries of the area. 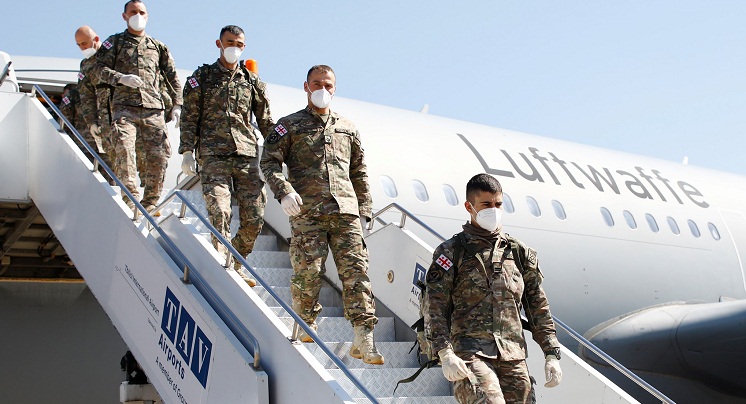 As we know well, security brings stability, and stability brings predictability. Predictability is a crucial precondition for sustainable economic development. The more predictable the Black Sea region becomes, the more we can unlock its economic potential for the benefit of our people and the global economy”, Garibashvili said.

Georgia was the largest non-NATO contributor to the Resolute Support mission in Afghanistan, with 871 troops, with the effort launching in 2015 and ending last year through the withdrawal of the US and alliance troops from the country.

Georgian forces were also involved in the preceding International Security Assistance Force mission in Afghanistan between 2004-2014, with 1,600 servicemembers deployed from the country.

Thirty-two Georgian soldiers have been killed and dozens injured in NATO-led peacekeeping missions in Afghanistan.