Calls by the Lelo for Georgia opposition party to impose visa requirements for Russian and Belarusian citizens serve the goal of dragging Georgia into Russia’s war in Ukraine, ruling Georgian Dream party MP Anri Okhanashvili said on Thursday in remarks that also reminded the opposition that the visa requirement with Russia had been lifted by the former President Mikheil Saakashvili while in office.

In his remarks for local media outlets, Okhanashvili suggested that Georgian state bodies were working “round the clock” to ensure peace and stability in the country amid ongoing hostilities in Ukraine, stressing that imposing visa requirements for Russian citizens “was against the interests of the Georgian people”.

Speaking about the “radical opposition”, Okhanashvili said that “their [the part of the opposition’s] earlier moves and proposals had also served their own goals to draw Georgia into the war”.

In its statement earlier this week, the Lelo for Georgia party said that the “uncontrolled influx” of Russian and Belarusian citizens to Georgia on the backdrop of Russia’s war in Ukraine, was a “serious security challenge to Georgia '' amid continuous occupation of Georgian territories by Russia. 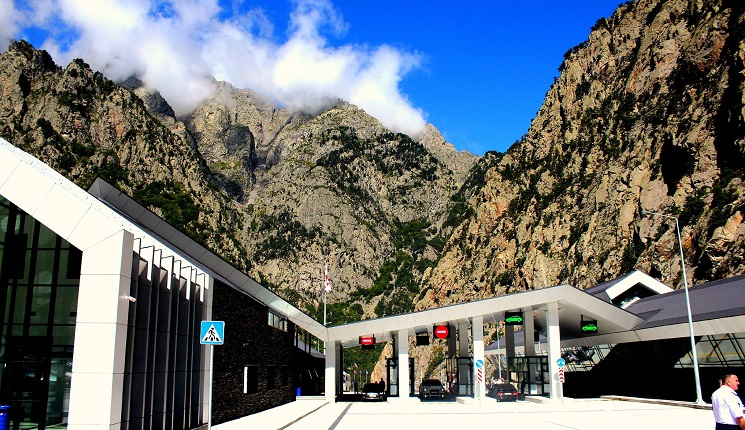 The Georgian Dream officials have rejected the reports over the "seriously increased" influx of Russian citizens to Georgia. Photo: Mikheil Gvasalia.

In its report released on Wednesday, Transparency International Georgia stated that 240,000 Russian tourists have entered Georgia over the past seven months, which was 2.5 times more than in the same period of the last year.

Dismissing the reports over the increased inflow of Russian tourists, Parliament Speaker Shalva Papuashvili said that “comparing this year’s figures with those in the pandemic, when state borders were closed or other restrictions were imposed, is wrong and misleading”.

Russia unilaterally introduced the visa regime with Georgia in December 2000 to “prevent terrorism threats”, claiming that thousands of refugees and fighters had fled from Chechnya to Georgia’s Pankisi Gorge during the second Chechen war (1999-2000).