A five-a-side tournament involving football academies in Georgia is being hosted by the Embassy of Italy and the International Foundation of Sport, Tourism and Youth in capital Tbilisi.

The Italian Embassy Cup features divisions based on age, with the Under 15 category featuring Inter Academy Georgia - a local offshoot of the academy of Milan's famed FC Internazionale club - alongside Vikings FC, Sulakvelidze Football Academy and CFF Gldani.

Vikings FC earned the winners' title in the division following a “hard-fought game” with the Inter Academy club, the Embassy said, receiving a dedicated trophy and Italian-branded sportswear as prizes for the victory. 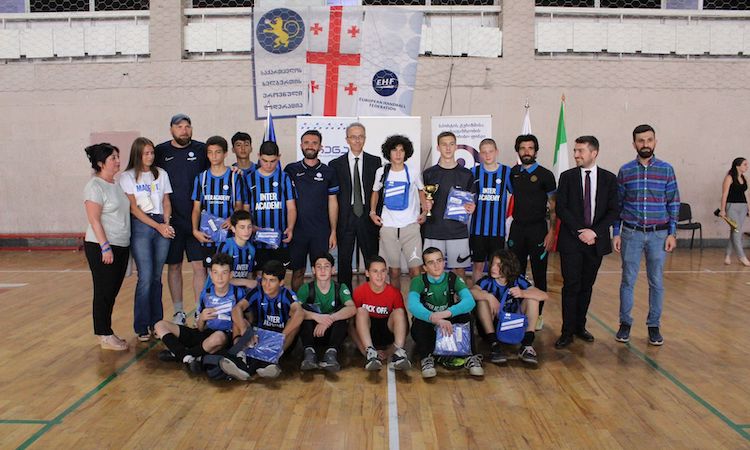 The final for the Under 12 division will be held on Thursday at the Arena Sports Complex in Tbilisi, with the Embassy noting “strongest enthusiasm” towards the competition and interest in the activities of Italian teams in Georgia from local youth. Photo: Embassy of Italy in Georgia

The tournament has been designed to strengthen the local football environment, foster links between Italy and Georgia in the field of sport, and celebrate the “already strong friendship” between the two counties.

It also follows the recent launch of the Inter Academy in Georgia, which offers both academic and sports education in collaboration with Tbilisi's New Vision University.