A 240-metre glass bridge with a suspended cafe has been unveiled for visitors of southern Georgia’s Dashbashi Canyon, with the brand-new infrastructure set to receive tourists starting tomorrow.

Launched in a ₾120 million ($40.8mln/€39mln) investment from Israeli company Kass Land, the bridge spans across the canyon with a “diamond-shaped” cafe hanging in the middle of the construction at an altitude of 200 metres.

Ekaterine Tordia, the General Manager of the company, said the cafe would be submitted to the Guinness World Records as the restaurant suspended at a highest point from a bridge. 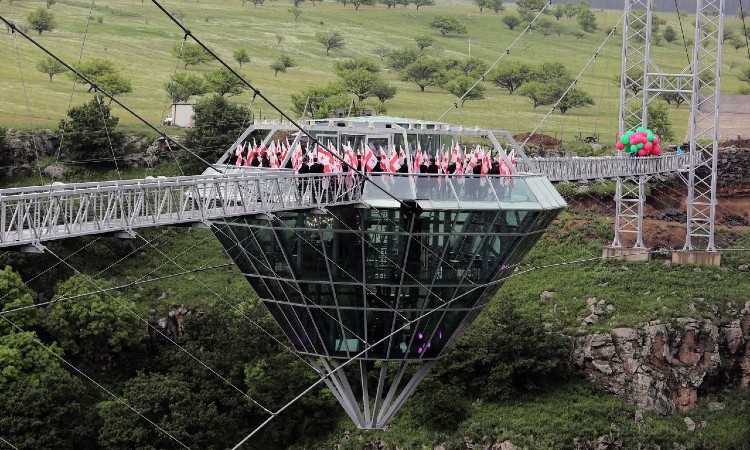 A visitor centre, canyon access paths with panoramic views, parking space, swing, bike line, cottages and a hotel complex have been arranged in the surrounding area of the bridge.

Georgian Prime Minister Irakli Garibashvili, who featured in the opening ceremony earlier today, said the investment in the region had created 250 jobs, and pointed out the Government’s “main priorities” were the protection of natural heritage and development of ecotourism in line with “international standards”.

This unique place is a clear example of the confluence of the protection of our heritage and the development of a modern world-class infrastructure”, Garibashvili said, adding the new infrastructure would encourage and facilitate development of tourism services in the area around the canyon.

Construction works of the project began in the summer of 2019.