Spain with $196.1 million, the United Kingdom with $87.2 million, and Turkey with $67.1 million were the countries that invested most heavily in Georgia in the first quarter of 2022, the preliminary data by the National Statistics Office of Georgia showed on Thursday.

In total, foreign direct investments in the country amounted to $568.2 million in the first quarter of 2022, which is four times higher compared to the same period of the previous year.

Increase in reinvestment and equity is considered to be the main reason for the growth of FDI", Geostat said.

The share of FDIs by major foreign direct investor countries are as follows:

FDI by major foreign direct investor countries is shown in the chart below: 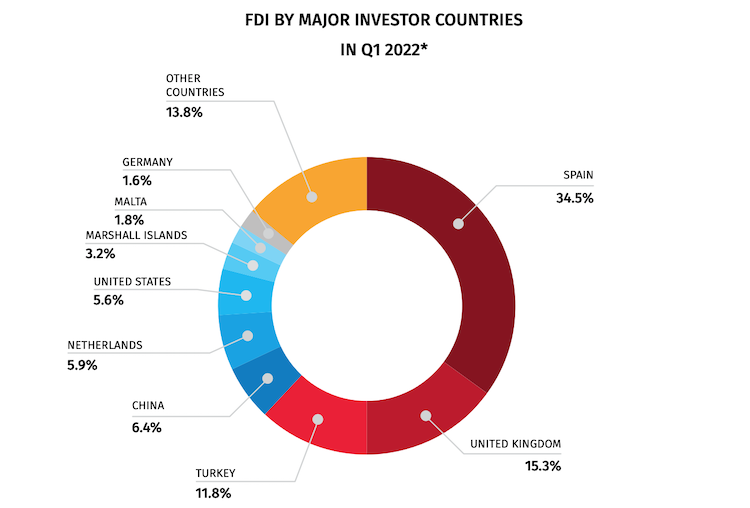 Geostat said that adjusted data would be published on August 15 and could reflect some changes in the existing dynamic sets.