Human Rights Watch has released its annual review of human rights around the world including in Georgia, reflecting developments in 2020.

In 2021, Human Rights Watch's World Report looks at opportunities for the new US leadership to prioritize human rights in its foreign policy. #Rights2021

Read about this and human rights trends in 100+ countries in today's Daily Brief:https://t.co/aflpnYXrTn pic.twitter.com/dAAlClEW29

Noting that ‘political tensions rose in Georgia following the October 31 parliamentary elections’, the report says that the ruling Georgian Dream party ‘maintained a parliamentary majority amid allegations of fraud, prompting the opposition to boycott the new parliament’.

International observers, led by the Organisation for Security and Co-operation in Europe (OSCE), concluded that the elections were held in a competitive environment, but marred by “widespread allegations of voter pressure”, it further reads.

The organisation notes as well that ‘lack of accountability for law enforcement abuses persisted’ in 2020. Other areas of concern included ‘threats to media freedom, disproportionately harsh drug policy and discrimination against lesbian, gay, bisexual, and transgender (LGBT) people’, it meanwhile said.

Human Rights Watch says that the coronavirus pandemic ‘had a devastating impact on the economy, which shrunk by over 16 percent in the second quarter, resulting in a spike in unemployment and poverty’. 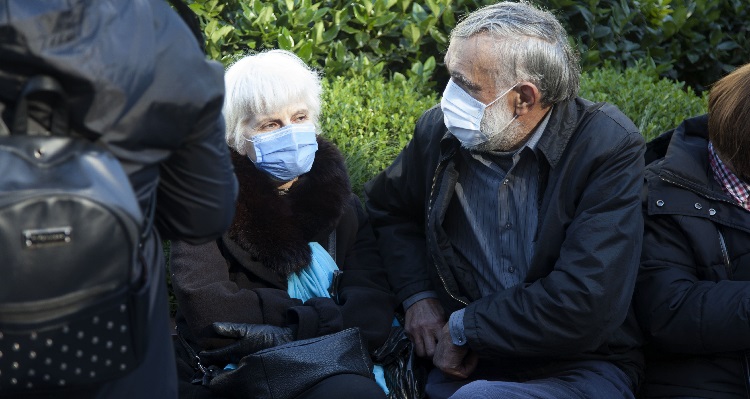 Georgia is expected to receive a total of 200,000 doses of the Pfizer vaccine against coronavirus as the country lacks refrigeration facilities to keep the vaccines in mandatory -80 degree conditions. Photo: Nino Alavidze/Agenda.ge

To mitigate the fallout, the government enacted a US$1.5 billion anti-crisis plan in April, including a social assistance package for individuals, and tax relief and exemptions for businesses for at least six months”, it said.

It also added that ‘three months before the October elections, the government announced additional anti-crisis measures of USD 132 million, including a further social assistance package’, which opposition and some civil society groups saw as ‘manipulation to attract voters’.

The report also says that ‘although GD’s electoral victory allowed it to maintain its parliamentary majority, opposition parties rejected the outcome, called for snap elections, and at time of writing, were boycotting their seats in the new parliament’.

It also notes that although the OSCE found that the vote respected fundamental freedoms but was marred by a ‘blurring of the border between the ruling party and the state’, local election-monitoring groups called it ‘the least democratic and free among elections’ held under GD rule.

On November 8, police used water cannons, without warning, against dozens of peaceful protesters who had gathered outside the central election commission building to protest alleged election violations”, the report further reads. 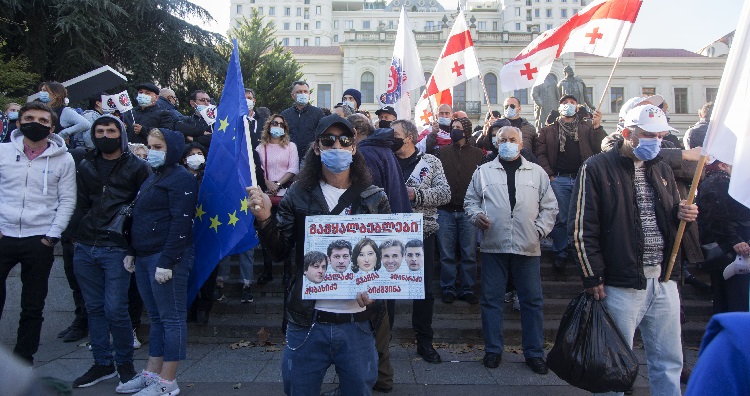 Opposition and their supporters held protest rallies in the Georgian capital of Tbilisi, claiming the parliamentary elections have been rigged in favour of the ruling party. Photo: Nino Alavidze/Agenda.ge

In its report Human Rights watch focuses on developments in Georgian media landscape as well, noting that 'dozens of employees' of Batumi-based publicly funded broadcaster Adjara TV 'held a silent protest' against the new management’s 'alleged interference with the broadcaster’s editorial policy'.

It also said that the State Security Service 'initiated an investigation into an alleged act of sabotage in connection with a story aired by the pro-opposition Mtavari Arkhi', which alleged that 'local officials had falsified COVID-19 data and were engaged in other misconduct'.

Meanwhile, the organisation notes that ‘workplace safety and decent labour conditions remain a persistent problem’ as 22 workers died and 110 were injured in work-related accidents through September.