Russian President Vladimir Putin has appointed Mikhail Petrakov his special representative for border delimitation and demarcation with the Commonwealth of Independent States (CIS) countries, as well as Georgia and its Russia-occupied regions of Abkhazia and Tskhinvali (South Ossetia).

Putin signed the order yesterday. In response, the Georgian foreign ministry said that no border delimitation and demarcation between Georgia and Russia can be raised on the agenda until Russia occupies Abkhazia and Tskhinvali regions of Georgia.

The Georgian foreign ministry calls on Russia to respect the fundamental norms of international law, withdraw its forces from the Georgian territory and ensure its eventual de-occupation.

Naturally, any agreement made by the Russian Federation with the occupying forces of Tskhinvali and Sokhumi, including on the so-called border, lacks any legal grounds and is illegal”, Foreign ministry spokesperson Mari Narchemashvili has said.

She further noted that any such action will be recognised by the international community as yet another attempt to violate Georgia’s sovereignty. 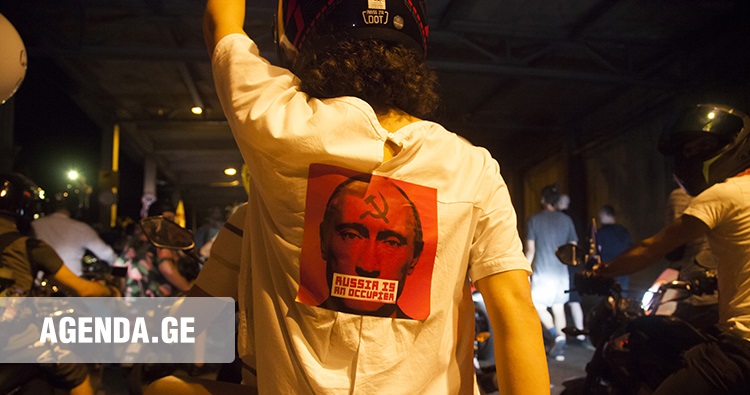 Russia recognised the two Georgian regions of Abkhazia and Tskhinvali as independent states after the Russia-Georgia 2008 war.

Since then only Venezuela, Nicaragua, Nauru and Syria have recognised the regions as independent states.

The rest of the international community is unanimous in that the regions are occupied by Russia and call on the country to leave the Georgian territory.