De facto President of Georgia’s Russian-occupied Abkhazia region Aslan Bzhania says that the creation of a common defence and security system with Russia ‘is a primary goal for Abkhazia.’

He stated that the recent developments in Nagorno-Karabakh have revealed ‘that the world has not become more humane and that ensuring military security is of top importance.’

As Georgia still looks at Abkhazia as its territory and as we do not have a peace agreement with the country, the strengthening of defence and security cooperation with Russia is very important,” Bzhania said.

Abkhazia has already adopted a plan to create a common socio-economic space with Russia. 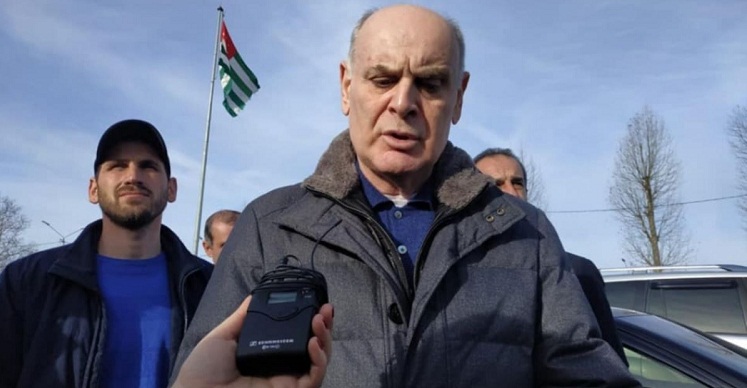 The de-facto government of Abkhazia said that the adoption of the programme was a ‘logical continuation’ of the agreement on Alliance and Strategic Partnership with Russia signed in 2014.

Russia recognised the two Georgian regions of Abkhazia and Tskhinvali as independent states after the Russia-Georgia 2008 war.

Since then only Venezuela, Nicaragua, Nauru and Syria have recognised the regions as independent states.

The rest of the international community is unanimous in that the regions are occupied by Russia and call on the country to leave the Georgian territory.