Award-winning photographer Natela Grigalashvili will further develop one of her most recognised series about communities in Georgia after receiving the Photo-Reportage Grant from the Eyes on Main Street festival.

Grigalashvili was awarded the grant for The Doukhobors Land, a series focusing on a spiritual Orthodox Protestant community originating from Russia and residing in the Gorelovka village in the Georgia's south.

Photographs of the Doukhobors from Gorelovka have formed one of the most uniquely recognised works by the photographer, who has received prizes for her various series including the Direct Look Award from the Moscow-based FOTODOC Centre for Documentary Photography.

Because of the world health situation in 2020, the [Doukhobor-themed] reportage had to be postponed to the Spring of this year. Natela will be working around The Doukhobors Land, to finish a body of work started several years ago" - Eyes on Main Street festival 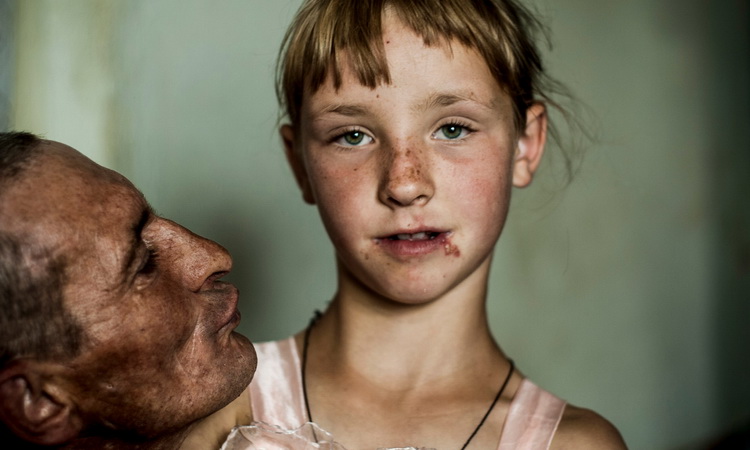 A shot from the project documenting the life of the small Doukhobor community in the south of Georgia. Photo: Natela Grigalashvili.

Grigalashvili said she was "happy to be the recipient" of the grant, which she called a "wonderful opportunity to continue work on the series I have been capturing since 2013".

The Georgian creative was one of two recipients of the grant, with photographer Andria Hautamaki also receiving the grant. While Hautamaki's work is on display at the 6th edition of the event, Grigalashvili's upcoming photographs from her project will go on show at the 7th EOMS edition.

Grigalashvili's body of work also includes Final Days of Georgian Nomads, a photographic story of locals leaving mountainous villages of Georgia's Adjara province that became the recipient of the Direct Look Award. The Georgian photographer has also exhibited her works illustrating life on the border between Iraq and Iran.