The Georgian Ministry of Internal Affairs reports that 139 policemen have received new flats in Tbilisi and Rustavi within the Housing Project.

Earlier today the Deputy Minister of Internal Affairs Giorgi Butkhuzi has handed over the keys to the policemen who own flats in the newly built building located in Gldani district in Tbilisi.

The housing project was implemented in Tbilisi, Rustavi and Batumi.

Within the project, the employees of the Ministry will be financed by the state with 40 per cent of the construction cost, while the remaining 60 per cent will be covered with their own funds or mortgage loans. 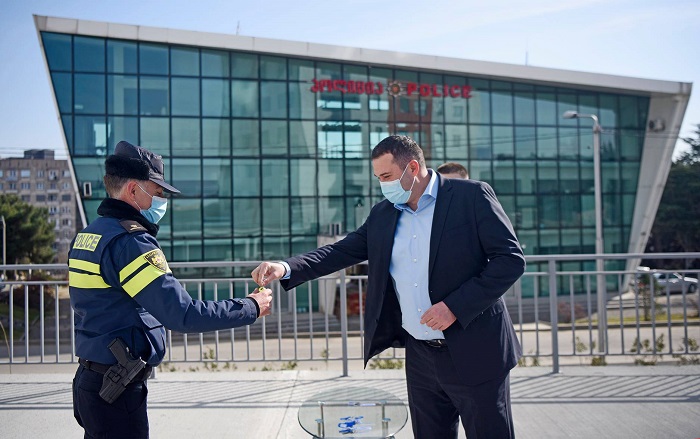 At the first stage 83 law enforcers received apartments in Tbilisi and 56 in Rustavi. Photo: MIA.

All individuals participating in the project will receive 77.4 square meter apartment in the so called ‘white frame’ condition.

Eligible candidates, willing to purchase apartments at a discount price were selected by the commission established under the order of the Ministry of Internal Affairs. The winners were selected on a lottery basis.

At the first stage 83 law enforcers received apartments in Tbilisi and 56 in Rustavi.

The construction of apartments is underway for now in Batumi.