The de facto government has not confirmed the information so far.

Akhvlediani said that ‘not all individuals’ will be able to cross into Tbilisi-controlled territory.

However, she stated that the opening of one of two crossing points between Abkhazia and the rest of Georgia ‘will be a relief’ for locals who receive vital services and buy everyday items in other regions of the country.

The Georgian government is doing its utmost, with the involvement of the international community to ensure free movement for the local population,” Akhvlediani stated.

She said that individuals who will be allowed to enter Tbilisi-administered territory will have to spend only five days in quarantine instead of the previous 12 days and the central Georgian government will ensure the quarantine zones and PCR testing for them.

The Reconciliation Ministry later stated that individuals from poor families, large families, people with disabilities and pensioners will be initially allowed to enter Tbilisi-controlled territory. 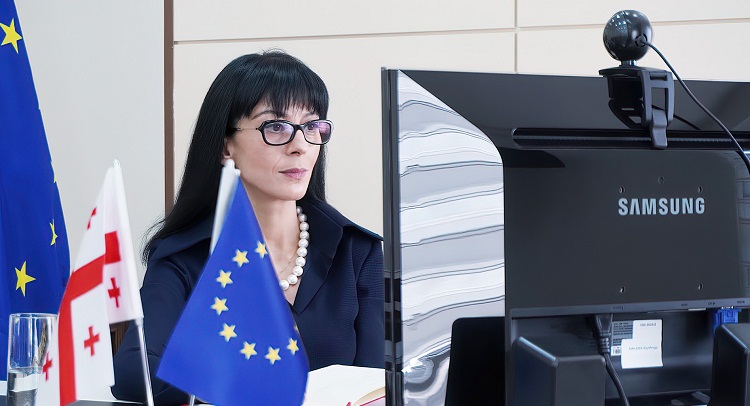 Before 2017 there were four crossing points between Georgia and the Abkhazia region: Enguri bridge, Churcha-Nabakevi, Otobaia-Orsantia and Saberio-Pakhulani.

However, in 2017 the de facto authorities closed Churcha-Nabakevi and Otobaia-Orsantia crossing points ‘to better administer the borders.’

The de facto authorities of Abkhazia closed crossing points with the rest of Georgia in March 2020 ‘due to the coronavirus.’

However, unlike the de facto government of another of Georgia’s Russian-occupied Tskhinvali region, the de facto Abkhaz government has allowed locals to receive coronavirus and other treatment on the Tbilisi-controlled territory.