The Special Penitentiary Service of Georgia has posted a footage and photographs on social media of the imprisoned former president Mikheil Saakashvili receiving food at the prison facility in the city of Rustavi, amid contradictory claims made by penitentiary and justice officials and opposition figures about the hunger strike and health of the high-profile inmate.

In a move aimed at rejecting claims of worsening health conditions for Saakashvili, as claimed by the former president himself as well as the political opposition holding a rally in his support outside the detention facility, the agency posted a recording of the politician eating at the prison, with the recording bearing the date of November 1.

The Service said it was releasing the footage due to "high public interest" in the matter, also providing photographs allegedly showing types of food supplied to the former president, in a supposed contradiction of claims of the inmate being on hunger strike and only receiving medication in efforts to maintain his health condition.

The footage released by the Special Penitentiary Service with the date of November 1 and entitled "video footage showing inmate Mikheil Saakashvili receiving food":

The release of the photographs and the video follows a series of disagreements and mutual rejection of statements by officials and the opposition figures about Saakashvili's hunger strike, diet and health circumstances.

The prisoner's personal physician Nikoloz Kipshidze told the local press on Friday Saakashvili's health was in a "rather difficult" state, and arguing the politician required examination by a cardiologist, an eye specialist and a larynx professional.

Kipshidze also said he had not seen his patient eat porridge in detention, as claimed by justice minister Rati Bregadze on Friday, adding he was unhappy with the treatment of his patient at the facility and could not see a way forward for successful medical attention while Saakashvili remained at the prison. 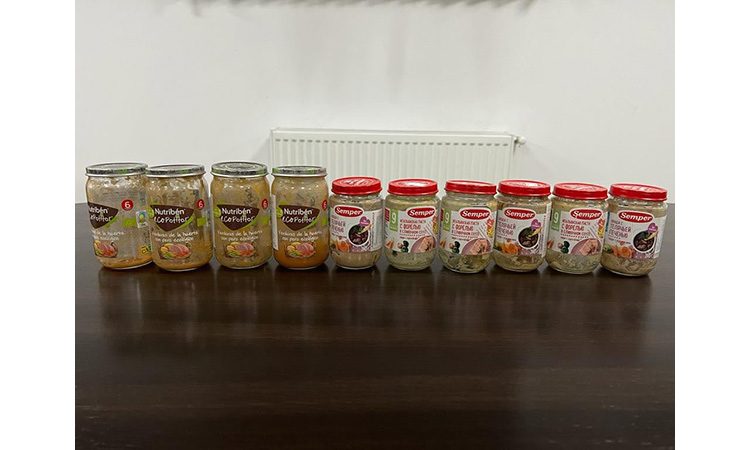 A photograph of food products allegedly supplied and received by Saakashvili, posted by the penitentiary body. Photo via Special Penitentiary Service of Georgia.

Further comments were made on Saturday by the deputy head of the medical department of the Special Penitentiary Service, Giorgi Chidrashvili, who said Saakashvili's health condition was "stable", his vitals "within the norm", and the inmate was receiving "necessary nutritional additives".

In a separate statement, Mamuka Mdinaradze, one of the leaders of the ruling Georgian Dream party, calling Saakashvili's hunger strike "fake" in a post on social media and calling it "another lie" by the former president.

In response to the contradictory messages between the political players over the matter, Saakashvili on Saturday said he would refuse to take even the necessary medication, aiming to "completely prevent any speculation [about my diet]".