Koguashvili's feature, which premiered at the Tribeca event in June and took home the Best International Narrative Feature Film, Best Screenplay and Best Actor prizes at the festival, will be in contention at the next Oscars ceremony after it was selected from three shortlisted works.

The 15-member national commission included film directors and producers and deliberated over the shortlist that included the feature alongside Nino Basilia's Persona No. 2 and Berlinale FIPRESCI Award-winning What Do We See When We Look at the Sky? by Alexandre Koberize.

The final selection was narrowed down from submissions to the Georgian National Film Centre during September, with the three shortlisted works screened to the commission on Tuesday, before the final pick was unveiled. 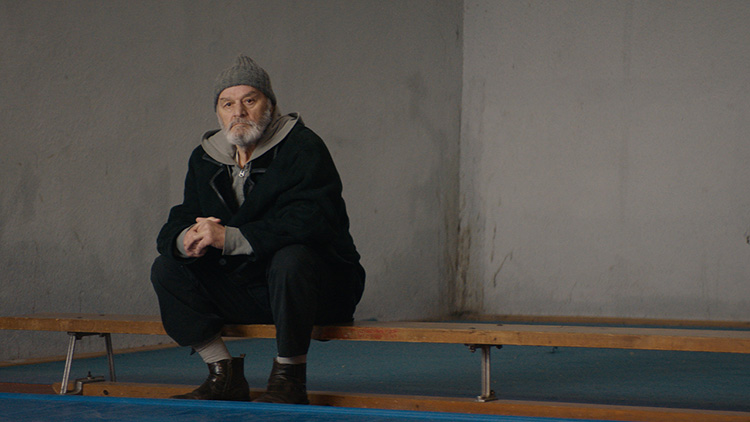 Former wrestling champion Kakhi (played by Levan Tediashvili, himself a former Olympic wrestler) is the protagonist of the feature. Photo via Tribeca Film Festival.

['Brighton 4th' is a] sensitively rendered story of survival, with equal doses of levity and seriousness

Koguashvili's work follows a Georgian wrestler embarking on a mission to rescue his son from debt incurred in gambling in Brooklyn. Film New Europe called it a look "at the underbelly of life in the immigrant community in Brighton Beach", while the filmmaker himself has characterised it as a "mix of drama and comedy".

Before its prize-winning run at Tribeca, Brighton 4th received the Jury Prize and the ARP Selection Award at Jerusalem Sam Spiegel Film Lab during its production in 2019, which added to the support lent to it by Georgian and Bulgarian national film centres.

Koguashvili is also recipient of other awards for his films including Gogita’s New Life (Special Mention at the Docudays UA festival) and Blind Dates (Sofia International Film Festival).