Three people have been charged by the Prosecutor’s Office for violating safety regulations during the construction work in the residential building in the Georgian seaside town of Batumi on October 8 causing the death of nine.

The Georgian Prosecutor’s Office has announced earlier today that an individual identified only as Z. B. agreed with two other individuals in early October to carry out construction works in his apartment located on the ground floor of the building #13, May 26 Street in Batumi. 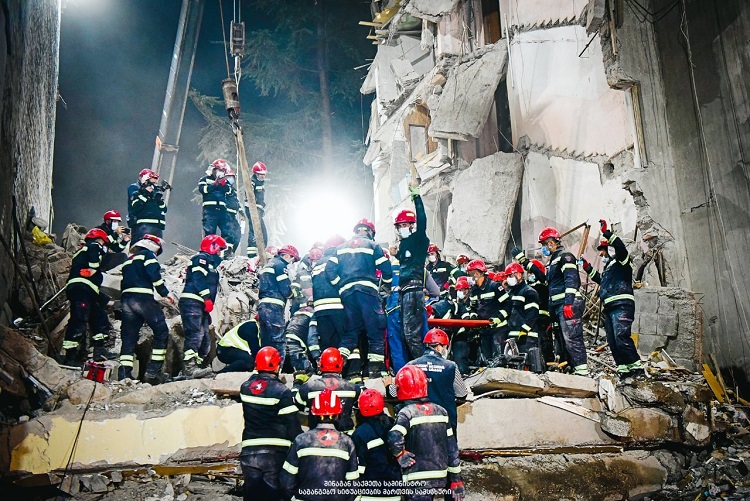 Around 400 rescuers have been working on the site for 29 hours to save the lives of those who fell under the rubble. Photo: Emergency Management Service/Facebook

On October 4-8 the two other individuals identified only as Kh. S. and G. S. started to remove the walls of the apartment (including its retaining walls) without the state consent, illegally.

The illegal construction works have led to the eventual collapse of a section of the residential building causing the death of nine people, including three minors. 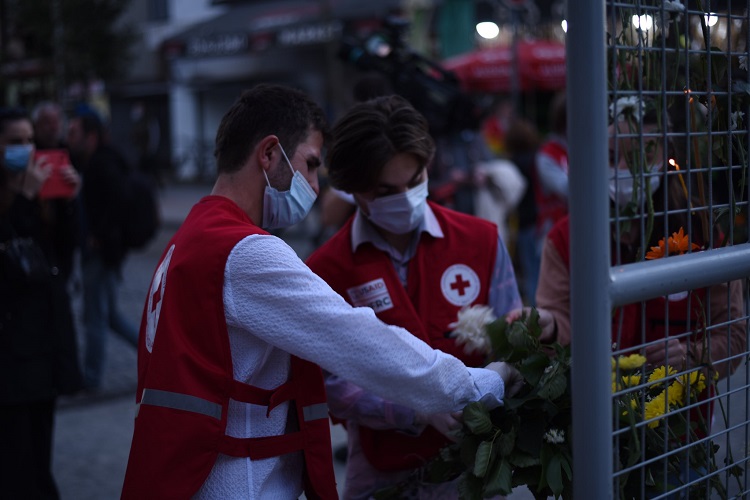 A man who was rescued from the rubble of a collapsed residential building in Batumi has regained consciousness. Photo: Red Cross Georgia/Twitter

Promising to take all the legal steps ‘to protect the legitimate interests of the victims', the Prosecutor’s Office sends the ‘deepest condolences’ to the families of those who have died during the tragic incident.

Children have come to the iron fence surrounding the building to pay tribute to the victims of the tragic incident in Batumi. Photo: Edu Kochalidze

People have brought flowers, toys and candles at an iron fence surrounding the building to pay tribute to the victims of the tragic incident.

A number of foreign dignitaries have sent their condolences to the government of Georgia and Georgian people in the sign of solidarity.