The Georgian parliament has passed a bill in its first reading which defines small, large and particularly large quantities for eight drugs, which will in turn affect the process of determining the severity of drug charges.

Authors of the bill say that the absence of the definition for several drugs causes tougher punishment for individuals who are arrested for the consumption of small quantities of the drugs.

One of the authors of the bill, ruling party MP Mikheil Sarjveladze says that the scientific literature and lab practice have been used to calculate the dosages.

In many cases, only because a drug’s small dosage is not defined by the law, an individual is sentenced for several years in prison, no matter the amount of drugs he had with him,” Sarjveladze said. 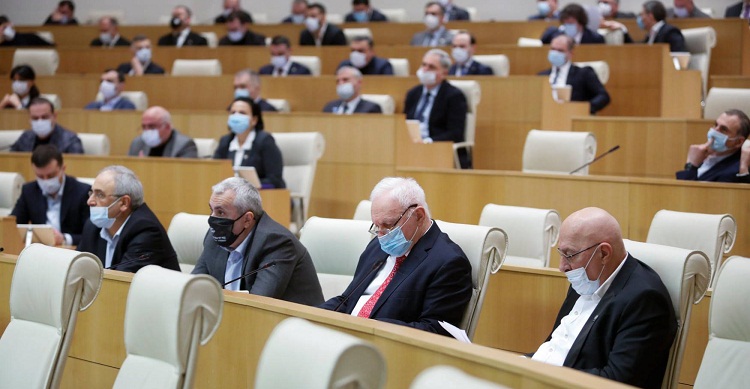 Two more readings are still ahead to approve the bill. Photo: parliament of Georgia press office.

Georgian NGOs say that the uncertainty around drug quantities remains to this day ‘the foundation for exercising repressive drug policy.’

They say that over the years, in the face of ‘parliament ignoring this problem’, the only solution has been to appeal to the Constitutional Court which has made a number of decisions on the need to fairly determine the quantities of drugs.

They say that the bill ‘does not meet the real needs of people affected by the current drug policy, is fragmentary in nature and is largely problematic in terms of its content.’

As of now the Georgia law does not define the small, large and especially large quantities for 160 of 228 scheduled narcotics, including drugs which are frequently consumed.