The Georgian Interior Minister Giorgi Gakharia stated today after his meeting with the organisers of the large-scale rally on Rustaveli Avenue on 12-13 May that an agreement has been achieved on a "top issue.”

We have agreed that drug dealing and drug dealers are our common problem and when the Interior Ministry has a reasonable doubt over alleged illegalities, no one has the right to hinder police actions,” Gakharia said.

The minister stated that the raid in nightclubs on May 12 came after 48 cases of drug intoxication of clubbers over the past two weeks.

We also have 20 video clips of selling drugs in clubs. We were forced to raid the clubs,” Gakharia stated. 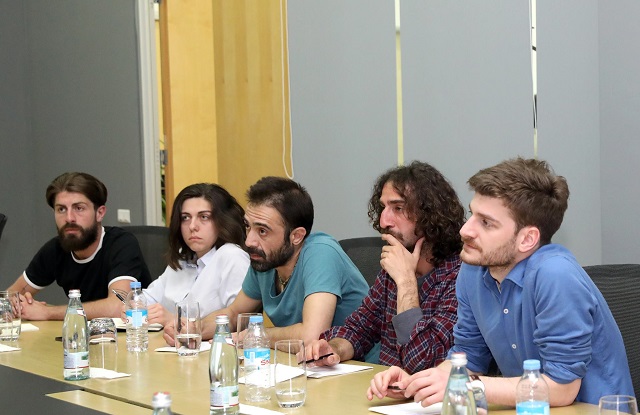 Protesters say they will renew rallies if their demands are not fulfilled. Photo: Interior Ministry press office.

The minister said that two working groups will be created. One group will work on the draft of a drug policy and another on the police raid and whether law enforcers exceeded their powers or not.

The public defender has not confirmed even one case of exceeding of power by police on May 12. However, we are ready to provide all video materials of the raid and police actions out of the clubs territory,” Gakharia stated.

The Georgian Public Defender Nino Lomjaria confirmed the minister’s words over the agreement and the working groups and told the organisers of the rally to appeal to her office over concrete instances of police using excessive force.

We are ready to study each case. The Interior Ministry promised that that they will provide all the necessary materials,” Lomjaria said.

The public defender stated that the police had a "legitimate right” to raid the clubs, as they had a relevant permit from the court.

One of the organizers of the rally, a leader of the White Noise Movement,  Beka Tsikarishvili stated after the meeting with Gakharia that they are against drug dealing and reiterated that they demand a liberal drug policy for drug consumers.

He stated that the representation of the people supporting a liberal drug policy will be larger at the following meeting with the interior ministry staff, to lobby for the draft which will protect drug consumers. 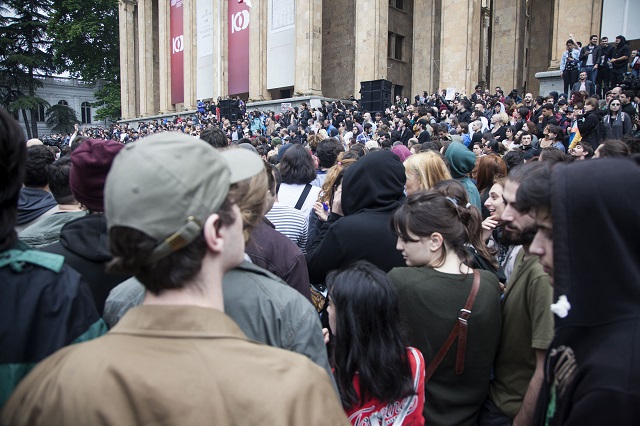