The US Embassy to Georgia has posted the highlighted text of the April 19 EU-mediated agreement between Georgian political parties to counter the position of the ruling Georgian Dream party that the parliament should continue the election of new judges in the Georgian Supreme Court.

The EU-mediated agreement which was signed by the ruling party and six opposition parties to resolve the several-month, election-related political tension in the country, proposes large-scale judiciar reforms and a moratorium for new judges in the Supreme Council until new laws are adopted.

The EU and US embassies have several times disapproved of the decision of Georgia’s High Council of Justice, a body which selects and appoints judges around the country, to select new candidates for the Supreme Court and present them in parliament for a vote.

The embassies, like the country’s opposition, stated that the process of election of new members in the High Council of Justice and in the Supreme Court should be paused before the full implementation of the EU-mediated agreement.

The ruling Georgian Dream party stated yesterday that the parliament should continue the election of new judges to the Georgian Supreme Court because the state legislature adopted major judiciary laws before signing the EU-mediated agreement and that the amendments were approved by the CoE’s Venice Commission. 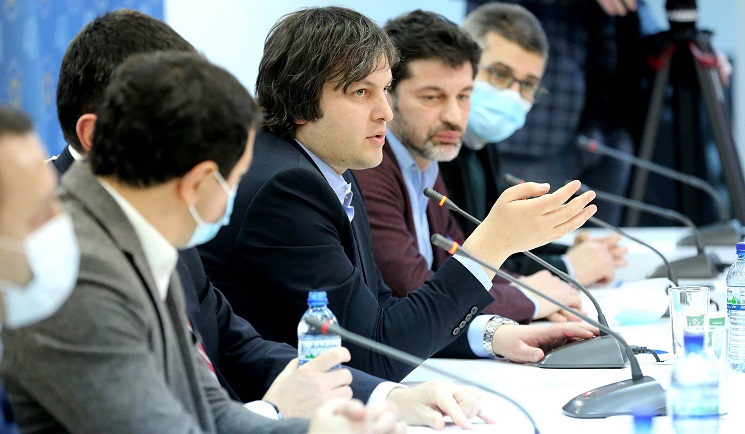 The party said that the election of new judges in the Supreme Court did not contradict the EU-mediated agreement.

Leader of the Strategy Agmashenebeli opposition party Giorrgi Vashadze has stated that the ‘US embassy has once again rejected the lie of the ruling party on judges.’

Leader of the Lelo Partnership for Georgia parliamentary faction Salome Samadashvili stated earlier today that she will raise the issue of judges during the faction's ongoing meetings  in Washington.

She reiterated that the High Council of Justice is run by a clan of judges and stated that there will be the need of imposing targeted sanctions against the judges who support the clan.