The Georgian High Council of Justice (HCJ), an independent body which selects and appoints judges around the country, has selected nine candidates for judge in the Supreme Court despite the calls of foreign diplomats and the opposition to pause the process.

The EU and the US embassies, as well as the country’s opposition have called for the moratorium in the election of new members both in the HCJ and the Supreme Court until the implementation of April 19 EU-mediated agreement.

The agreement proposed by the European Council President Charles Michel helped Georgian political parties to resolve the several-month political crisis in the country which began after the 2020 parliamentary elections.

Along with election issues, the document obliges the signatories to ensure the conduct of large scale judicial reforms. 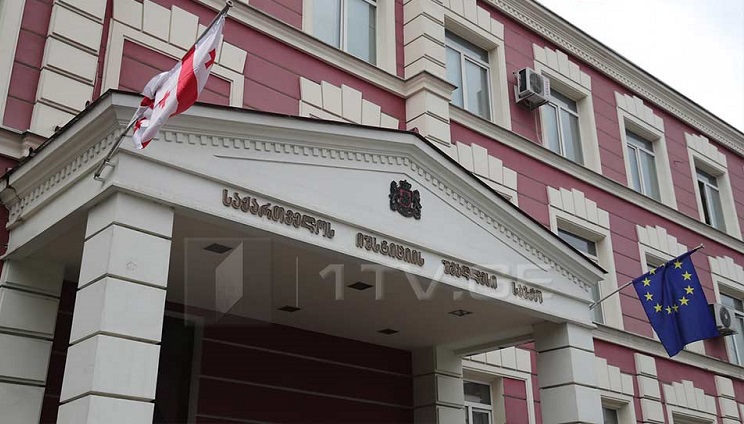 The High Council of Justice says that there is a 'severe lack' of judges in the country and there is a serious need to elect new judges. Photo: 1TV.

Opposition MPs from Lelo faction and Girchi have stated that they will not support the election of Supreme Court judges by parliament.

Opposition MP Salome Samadashvili has stated that if parliament approves the judges it will be a violation of the EU-mediated agreement.

???????? Very alarmed by rushed appointment of supreme court judges in #Georgia. As per #April19 Agreement, ambitious judicial reform is crucial & linked to ????????#EU's Micro-Financial Assistance for ????????. Disregarding @VeniceComm is not wise. "Clan" system in judiciary erodes rule of law!

The approval of the judges will need the support of the majority of MPs in the state legislature.

Currently the ruling party has 90 MPs in parliament, while the opposition is represented by 58 (of total 60) MPs.

At the end of May 2021 four individuals were elected to Georgia’s High Council of Justice amid a rally of civic activists and the calls of the US and the EU ambassadors to pause the process.

Members of the High Council of Justice have stated that non-election of the new members would lead to the collapse of the justice system.