Kakhi Kavsadze, one of the most popular actors of the Georgian theatre scene and a recognised face in the country's cinema, died of Covid at age 85 on Tuesday after spending two months at a Tbilisi clinic struggling with the virus.

An actor of the Rustaveli Theatre since 1959 and cast for more than 80 roles in Georgian films since the mid-1950s, Kavsadze was one of the faces associated with the theatre life and stage community in the country, and a recipient of state awards for his career.

Admitted to a Tbilisi clinic with the coronavirus diagnosis in late November, the stage artist recovered and was discharged from hospital, before fresh complications of health with the infection led to his re-admittance to the University Clinic in the capital in the spring.

Rustaveli Theatre and local media reporter on his passing on Tuesday, with tributes from the Georgian parliament - which paid homage to the memory of the actor with a minute of silence - fellow stage personalities and citizens flowing in. 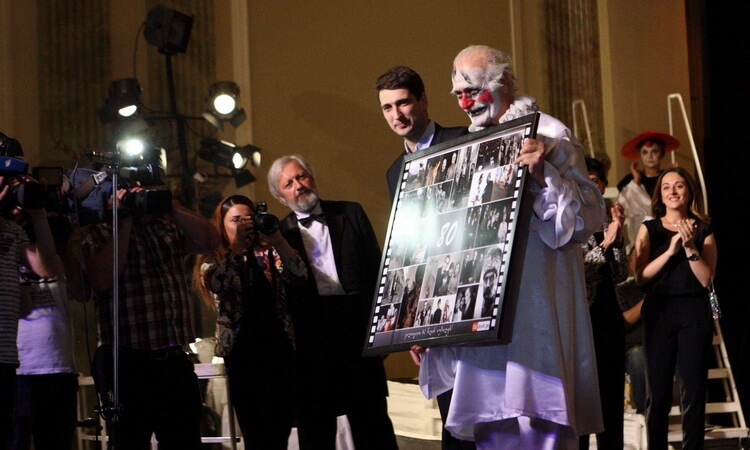 Born in 1935, Kavsadze graduated from the Shota Rustaveli Theatre and Film Georgia State University before being cast in virtually all major productions of the Tbilisi-based theatre company over the following decades, including productions of Shakespeare's Hamlet, Richard III and King Lear, The Caucasian Chalk Circle by Bertolt Brecht as well as Georgian plays including The White Banners, Kvatchi Kvatchantiradze and more.

On the big screen he was cast in a wide range of feature films including The Wishing Tree (1976, director Tengiz Abuladze), Kvarkvare (1978, director Devi Abashidze) and Iavnana (1994, director Nana Janelidze). Most recently he was cast for contemporary Georgian films including Blind Dates (2013) and Brighton 4th (in production, director Levan Koguashvili).

For his career on stage and on screen Kavsadze was awarded the title of People's Artist of Georgia in 1981 and received Kote Marjanishvili and Shota Rustaveli state prizes in 2009 and 2010 respectively.