Remains of 13 individuals missing in Abkhaz war laid to rest

The remains of 13 individuals who went missing during the 1992-93 armed conflict in Georgia’s Russia-occupied region of Abkhazia have been laid to rest.

The bodies of six servicemen and seven civilians were identified through the cooperation of Georgia’s State Ministry for Reconciliation and the International Red Cross Committee (ICRC).

Head of the ICRC Delegation Severine Chappaz has tweeted:

A very solemn and moving ceremony today in Sameba church to honour the memory of the recently identified people who went missing during 1992-93 conflict in Abkhazia organized by @SMRCEGeorgia pic.twitter.com/UnDPWCDMoR

In 2019, the Georgian government created a commission to find the burial sites and identify the bodies of 2,300 individuals who went missing during the armed conflicts in Georgia in the 1990s and in 2008. 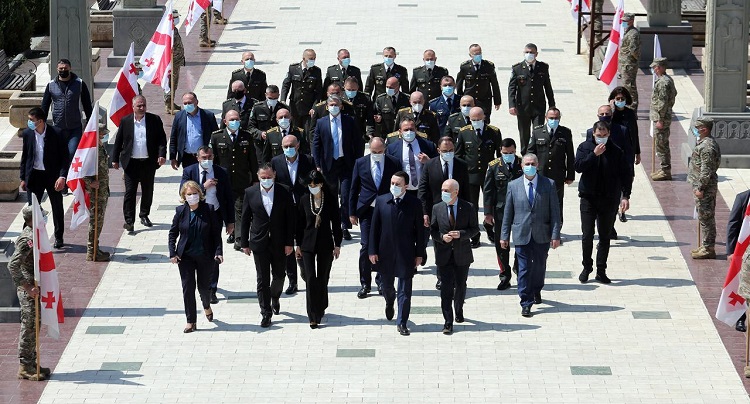 Prime Minister Irakli Garibashvili and other members of his cabinet paid tribute to the victims of the armed conflict at Trinity Cathedral today. Photo: Government's press office

State Minister for Reintegration Tea Akhvlediani, who attended the memorial service today, said that as of now the remains of 206 individuals out of the total 2,300 have been identified.