An upcoming documentary film will celebrate four women from Georgia who "revolutionised women's chess" in the second half of the 20th century, with co-directors Tatia Skhirtladze and Ana Khazaradze working to premiere Glory to the Queen this year.

The major impact of Nona Gaprindashvili, Nana Alexandria, Maia Chiburdanidze and Nana Ioseliani on the international game between the 1960s-1980s is celebrated in the Georgian-Austrian-Serbian co-production, previously known under the working title The Encounter.

Based on a script by Skhirtladze and Ina Ivanceanu (The Nopoor Diaries, Every Seventh Person), the 81-minute runtime work has been in the works since 2018. The directors said it was about "past and current lives of [the world chess champions who] revolutionised women's chess and elevated it to the level of men's game".

The documentary will narrate about this major impact by showing how, between 1962-1988, competitors from Soviet Georgia dominated the Women's World Chess Championship, with Gaprindashvili and Chiburdanidze sweeping all 10 titles held in the period. Alexandria and Ioseliani finished as runner-ups in 1975 and 1988 respectively. 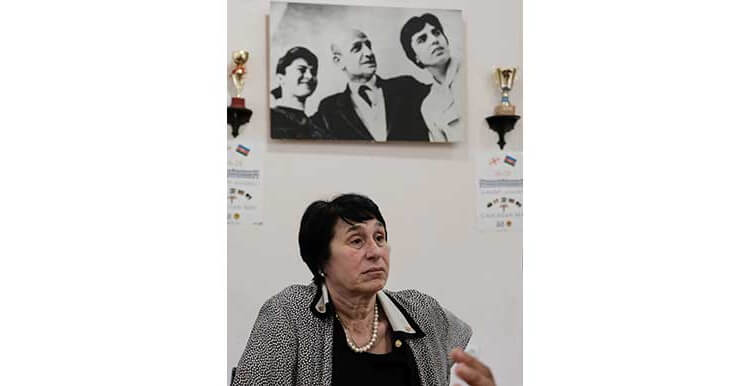 The feature is seen both a celebration of the sporting achievements of the women competitors and a feminist statement. Photo via Film New Europe.

Skhirtladze and Khazaradze spoke to European cinema support fund Eurimages about their work-in-progress feature in spring 2019, a year after the project was launched. Skhirtladze said in the interview she was inspired to make a film about a Soviet Georgian legacy that was not tied to modern-day stereotypes about the small former USSR republic.

Currently living in Austria, I frequently get asked where I’m from, and when I say Georgia, people always immediately bring up the Soviet Union and Stalin. This is what most people associate with Georgia."

I only had one encounter, during my long life in Europe, with a man who had a different association. When I told him I came from Georgia, he said, 'Georgian female chess players'. This stuck in my mind," the filmmaker said. 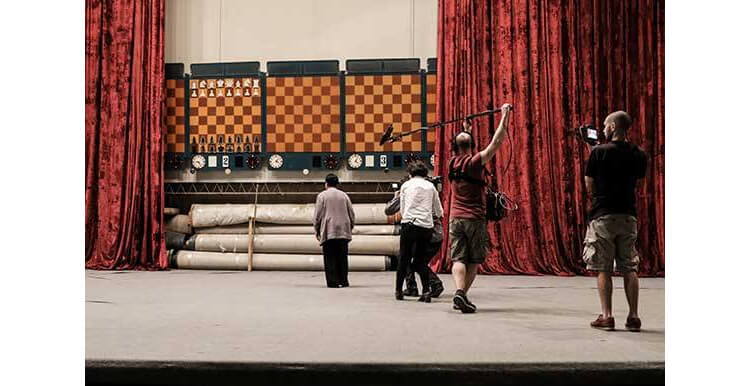 Nona Gaprindashvili, the first woman to be awarded the FIDE Grandmaster title, seen during the filming of the documentary. Photo via Film New Europe.

The two directors worked to obtain archival footage in Georgia and also build relationships of trust with some of the former world champions before they could use personal stories for the documentary. The filming even spawned what the chess legends themselves called a "historic moment" when they were brought together by the film crew on a train, reuniting the players for the first time in three decades.

Skhirtladze and Khazaradze also see the film as a feminist statement, with the former telling Film New Europe it was a "chess film that does not focus on the technique of the sport so much as the metaphor behind it - the struggles on the road towards self-fulfilment and the revolt against a powerful male-dominated system".