Georgia’s chess legend Nona Gaprindashvili has become the most senior player to claim a world champion’s title after claiming her sixth Senior World Chess Championship in Slovenia on Thursday.

Gaprindashvili, who earlier this year took the European Chess Champion's title for seniors, defeated England’s Dinah Norman in the final round of the competition.

The match between the two came to a close after 74 moves, giving the Georgian her sixth win out of 11 rounds, with the other five matches drawn. 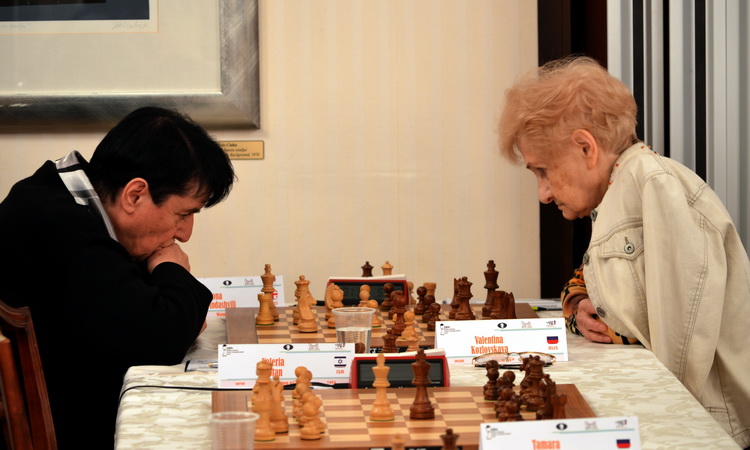 Gaprindashvili photographed during her match against Valentina Kozlovskaya of Russia. Photo: FIDE.

With the victory Gaprindashvili — who also took five World Chess Champion’s titles between 1962-1975 — finished first in the Women 65+ category of the senior event with 8,5 points.

Tamar Khmiadashvili, another Georgian participant, was featured in the same category, while Tsiala Kasoshvili and Giuli Alikhanashvili competed in Women 50+.

Among men, Varlam Vepkhviashvili was part of the competitors roster in Open 65+, as Zurab Sturua and Giorgi Bagaturov rounded off the Georgian participation in the event in Open 50+.

The tournament was held in Bled, Slovenia between November 18-29.