89-year-old Georgian Data Vanishvili, whose house and agricultural lands have been divided in two by occupying forces, is in critical condition and is not being allowed to enter Tbilisi-controlled territory to receive medical assistance, the Voice of America reports.

Vanishvili’s wife, who lives with his husband in the Russian-occupied Khurvaleti village (near Tskhinvali region) has told the media outlet that the elderly man has pneumonia and is unable to stand.

Sometimes a doctor comes from Tskhinvali, sometimes from Akhalgori hospital. We are unable to leave the territory. Data’s health condition has deteriorated much over the past several days,” said Valia Vanishvili.

Their daughter Nana lives in an adjacent village and has been threatened by occupation forces not to enter the house, while their grandson who had tried to get him help was detained earlier this month and remains in the Russian-occupied Akhalgori district. 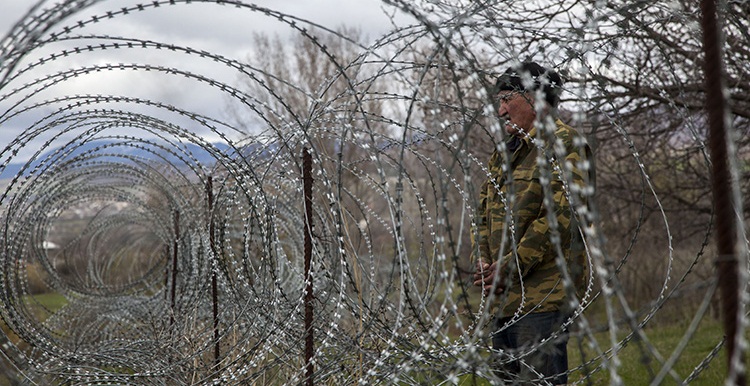 "I am 88-years-old. I was born here, in the house, grew up here and Russians are now telling me that the territory is theirs," Vanishvili told NATO PA president last year.

Russia recognised two the Georgian regions of Abkhazia and Tskhinvali as independent states after the Russia-Georgia 2008 war.

Since then only Venezuela, Nikaragua, Nauru and Syria have recognised the regions as independent states, while the rest of the international community is unanimous that the regions are occupied by Russia.

More than 10 individuals have died due to a poor medical aid in the Tskhinvali region since early 2020 as they were prevented from entering Tbilisi-controlled territory.