Here another example of what the #EU does in #Georgia.Khashuri bypass inaugurated today!Facilitates transport links for business, improves safety and reduces transport time for citizens and tourists.Western Georgia now closer to Tbilisi!#TeamEurope #StrongerTogether @EUinGeorgia https://t.co/aGfc0yDtin

Today as this road opens, people will no longer need to pass through Khashuri while travelling on the West-East Highway. What does this mean for the residents of Khashuri? First of all, this means safety”, Gakharia said at today’s opening.

He also noted that earlier this year a 19 km section of the Kutaisi bypass road and a 12 km section of the Japana-Lanchkhuti road also opened. Moreover, Gakharia said that a total of 70 km of the East-West Highway will be opened this year.

Works are also underway on the Batumi Bypass Road and by 2022 we will live in a different country”, PM Gakharia said. 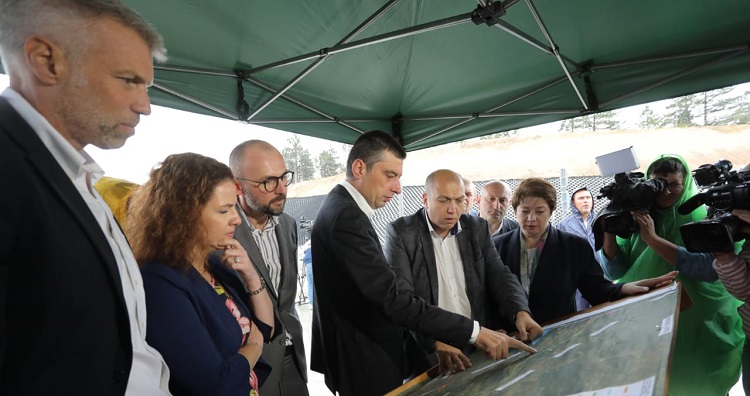 The four-lane road has been put into operation across 11.5 km of the 13-kilometer section of the Khashuri bypass road, with the remaining 1.5 kilometers temporarily operating as a two-lane road, PM’s press office reported.

It further noted that the  construction of two additional lanes on the 1.5 km section will be completed later in October and the entire Khashuri bypass road will consist of four lanes. 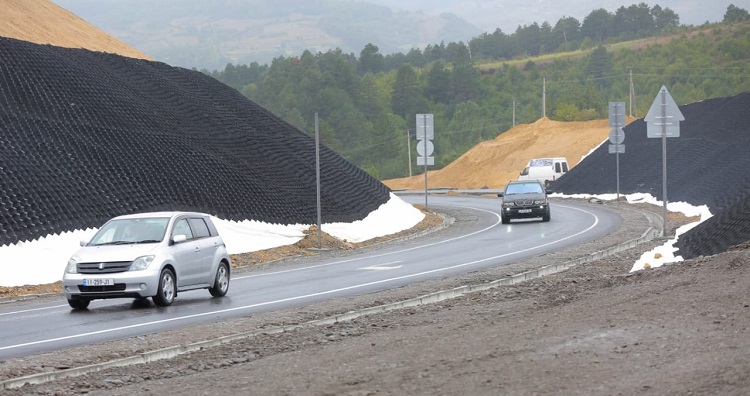 The section of the Zemo Osiauri-Chumateleti Project is a constituent part of the East-West Highway (E60). Photo: PM’s press office

The Khashuri bypass road begins at the last section of the Agara-Zemo Osiauri road, connecting the existing road at the newly constructed junction in Surami.

The bypass road is supposed to ‘significantly reduce’ traffic jams in Khashuri; transit traffic will pass through a completely new road, while the Khashuri bypass road will reduce travel time by 40-50 percent.

1TV released a video of the new bypass road: