What will Georgia look like in 2020?
Gov’t announces major development plan

Georgia’s Government has announced an ambitious urban development plan that will rejuvenate all parts of the economy to bring equal conditions for all regions and help the country use its full potential to improve the lives of citizens.

The project is so large that it will likely reach almost everyone in Georgia.

Today Prime Minister Giorgi Kvirikashvili presented the Spatial Arrangement Plan that will modernise infrastructural development in Georgia and transform the country from a struggling nation into a modern, 21st Century prosperous place.

This is the modern vision of how to develop our country and manage the growth,” said Georgia’s high official.

Spatial arrangement means planning the space in a rational, sustainable and balanced way; having integrated and territorial development of transport, construction, energy, tourism, manufacturing and other sectors; and improving links between towns and villages.

Spatial development is a large part of the Government’s four-point reform agenda, designed to ensure sustainable development and inclusive growth of Georgia. 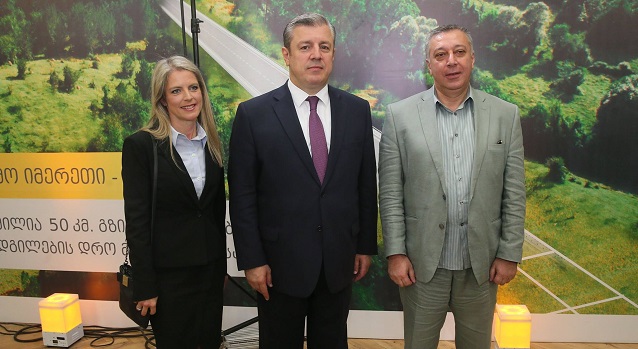 One part of the Spatial Arrangement Plan will allow Georgia to effectively manage population growth and infrastructure development and overcome the major current problem of overcrowding in the main cities.

Today 3.72 million people are living on 70,000 m2 of territory. The population density of Georgia’s regions is different. For example in capital Tbilisi we have 2,207 people living in a space measuring one square kilometre while in Georgia’s Khevsureti region there is only one person in every square kilometre. And another example, only 30 people stay in the whole of Tusheti region during the winter. This shows we are definitely facing an urban development challenge,” said the PM.

Improving the social and economic situation in Georgia, offering equal conditions for all regions of the country and promoting sustainable development was how the Government planned to overcome the urban challenge.

Sixty percent of Georgia’s territory is the mountains regions, which offer unique opportunities however it’s only home to five percent of Georgia’s population. What we’re seeing is cities and towns being overpopulated while villages are becoming empty. But we know Georgia has all the resources to become an economically attractive country if only we correctly use it’s the opportunities open to us, and spatial arrangement will help us achieve this,” said Kvirikashvili.

By injecting fresh life and creating equal conditions in all of Georgia’s regions, people will be willing to return to their home villages. Every region of Georgia should become a four-season resort where tourists can easily access any service they need. We will achieve this if we follow the right method used throughout the world, which is effective spatial arrangement of the country.”

Foreign experts were already involved in Georgia’s Spatial Arrangement Plan and were offering help to create a general plan for overall development. 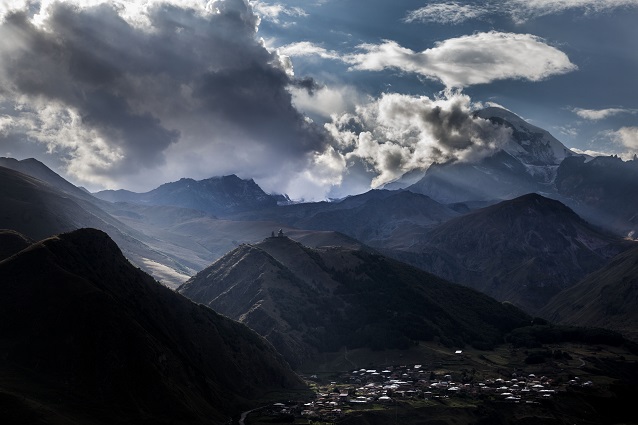 The PM said 60% of Georgia’s territory is the mountains regions, which offer unique opportunities however it’s only home to 5% of Georgia’s population. Photo by N. Alavidze/Agenda.ge.

Kvirikashvili said the Government was currently working on another part of the Spatial Arrangement Plan that envisioned full modernisation of the country’s transport network. He said new transport arteries must first be created, followed by new roads that meet modern European standards.

By fixing all the roads we will build the backbone of Georgia that will connect all the regions. Then geographical location will not be a barrier for doing business or living there anymore,” said Georgia’s PM.

According to the Spatial Arrangement Plan, before 2020 the Government will build and reconstruct 1,000km of roads. Additionally, 550 km of highway will be built and about 800km of roads will be rehabilitated, while an extra 300 bridges and 50 tunnels will also be built making it easier to drive in Georgia. The estimated cost of this was $3.5 billion USD.

The Spatial Arrangement Plan also included rehabilitating railway stations, ports and all other tourist infrastructure. It also envisioned that new airports will be built in Georgia. Improving Georgia’s transport network and other infrastructure would also help the country enhance its role as an international transit hub.

Georgia’s Prime Minister said this new infrastructure would be built to last so it can be enjoyed by the next generations for over 100 years.