Four disaster-affected villages in the Racha region (Ghebi, Little Ghebi, Shovi, Glola) will be cut off from the rest of the country for about a month as heavy rain damaged the central highway in the region and washed away ten bridges on July 28.

PM Gakharia and Infrastructure Minister Maia Tskhitishvili have checked on the situation on the ground earlier today. 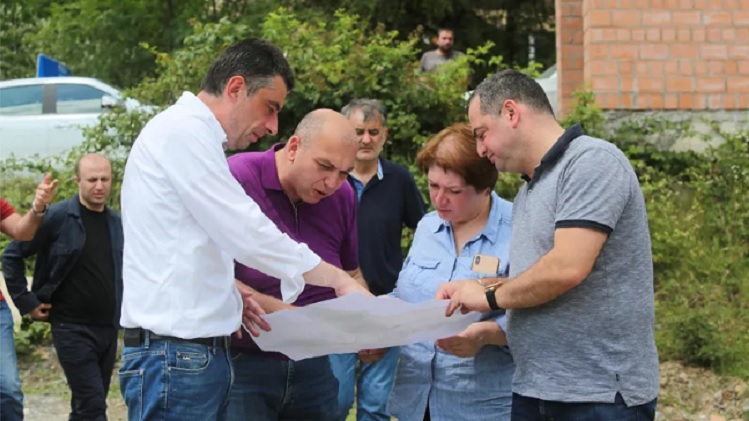 Four bridges need to be fully restored in Oni municipality. The main highway has been seriously damaged as a result of the flood. Four villages in the Racha region will be isolated from the outer world for about a month. The flood caused more than 50 million GEL worth of damage… We are in touch with local residents and rescuers will provide necessary food and medicine to those in need”, said Gakharia.

Gakharia also said that the evacuation of several families from the disaster area may become necessary.

As many tourists are visiting Shovi resort this summer, the government will assist local hotels so that the guests do not face discomfort”, said Gakharia.

Heavy rain hit 12 villages in Oni municipality on July 28. Ten bridges have been washed away by the Rioni River.

Rescuers of Georgia’s emergency service have evacuated 150 people from the disaster zone.

The governor of Racha-Lechkhumi and Kvemo Svaneti Archil Japaridze said that locals who have been stranded in the villages of Oni municipality will be evacuated to the centre of the municipality with two Border Police helicopters.