Rescuers of Georgia’s emergency service have evacuated 150 people from the disaster zone in Georgia’s western Oni municipality (Racha region) which was hit by heavy rain and flooding on July 28. Rescuers have provided locals with food and medicine.

Heavy rain hit 12 villages in Oni municipality. Ten bridges have been washed away by the Rioni River.

The Rioni River washed away 10 bridges in the municipality. Photo: Emergency Management Service.

The governor of Racha-Lechkhumi and Kvemo Svaneti Archil Japaridze said that locals who have been stranded in the villages of Oni municipality will be evacuated in the centre of the municipality with two helicopters of the Border Police. 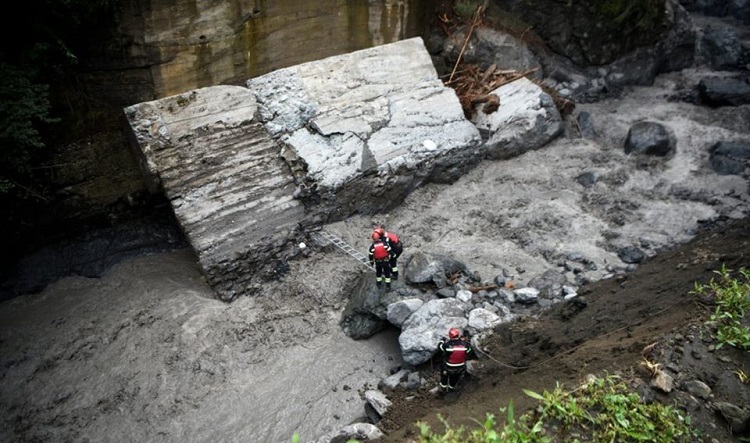 Japaridze also mentioned that rescuers have stretched ropes at three locations which are used to deliver necessary items and equipment to those in need.

The main highway in the area is currently being repaired.

The disaster has damaged the main water supply network in Oni municipality, though an alternative network locals will be provided with water before the repairs are complete”, said Director of the United Water Supply Company, Giga Mandaria.

Prime Minister Giorgi Gakharia and Infrastructure Minister Maia Tskitishvili will check on the situation on the ground.