A fresh production celebrating a Georgian woman poet of a century ago will be livestreamed to social media followers of Tbilisi Contemporary Ballet this Sunday, bringing diary entries of Marijan to life in homage to the pioneering figure.

Devised during the pandemic lockdown by the company's artistic director Mariam Aleksidze, Marijan's Room will explore the avenue of sharing intimate texts from personal to digital space via music, choreography and spoken word.

It will use a 1925 fragment from diaries of Marijan - a pioneering woman poet, author of theatre plays and one of the founders of children's literature in Georgia. Her texts will be used by Aleksidze, from the flat of the historical figure, to present the contemporary staging.

Recorded by actors Eka Molodinashvili, Lela Akhalaia and Natalia Jugheli "in the isolation of their own homes", the fragments from the diaries are simultaneously personal and socially relevant to contemporary realities, a preview for the show from the troupe said ahead of the livestream. 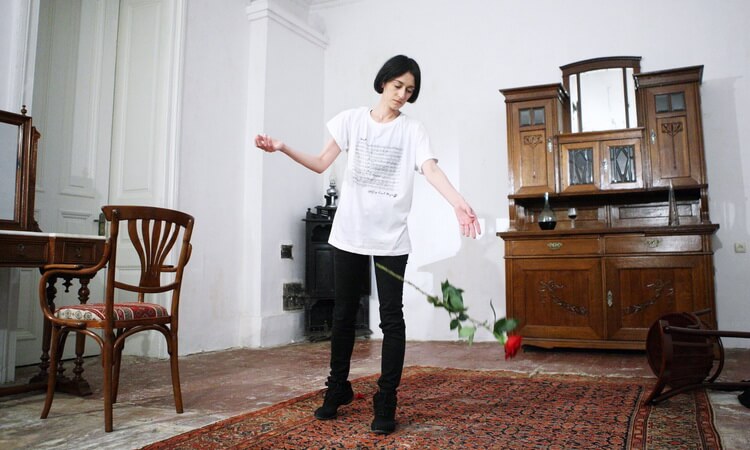 Mariam Aleksidze will feature in the live show from the flat of the historical figure recognised for her poetry collections and work on children's literature. Photo: Tina Kazakhishvili/Tbilisi Contemporary Ballet.

Aleksidze worked on the concept remotely but collaborated with David Maziashvili, director of the ballet company and professor at the Tbilisi State University. The two have joined forces in a number of Tbilisi Contemporary Ballet productions over the recent years.

The artistic director and choreographer told a Georgian Public Broadcaster programme on Friday she saw remotely created and presented productions as an "alternative platform" of interaction with audiences for dance companies.

Marijan, the protagonist of the new staging, was born Mariam Tkemaladze-Aleksidze in Tbilisi in 1890, during the Tsarist Russian control of Georgia. Graduating from the newly established Tbilisi State University with a degree in philology and philosophy in 1922, she had already been publishing works in poetry since the mid-1910s and through the short-lived independence of the First Democratic Republic of Georgia.

Under her pen name she also released poetry collections and worked on translations of foreign authors including Aleksey Tolstoy and Korney Chukovsky. Her plays served as the basis for a number of productions in the early years of professional theatre scene in Georgia, while her work in children's literature has been particularly recognised.

The Tbilisi Contemporary Ballet show on the poet will be livestreamed on Facebook at 8pm Georgian local time on Sunday. The premiere is seen as the first in a series of live shows of contemporary choreography broadcast on social media by the company.