Dance and stage art enthusiasts in Germany will be the first to see the Tbilisi Contemporary Ballet on tour, as the company prepares to hold its first shows abroad in its third season.

Between November 8-13, three evenings in the country’s south will see the troupe in a production titled Beyond the Borders.

While the 2016-established company’s contemporary stagings are a novelty for the Georgian scene, they will face theatre-goers familiar with the modern dance on the tour. 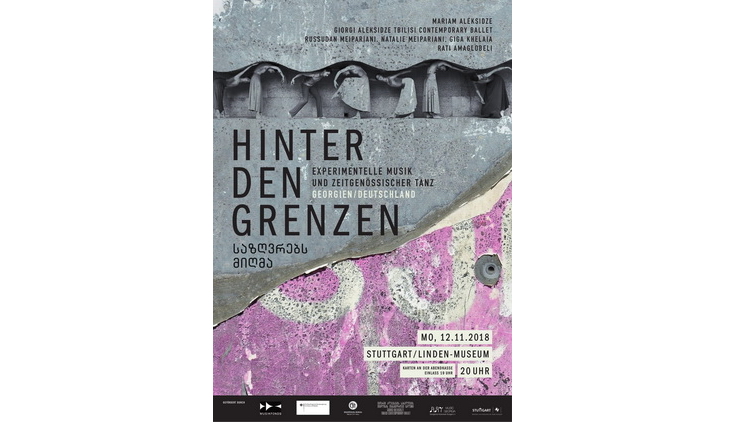 The three shows will include a performance at Stuttgart’s Linden-Museum and involve experimental music in the premiere of the Beyond the Borders project.

Along with dancers of the company and their artistic director Mariam Aleksidze, the collaborative production has involved efforts from popular Georgian poet Rati Amaglobeli, as well as composer Rusudan Meipariani and German-based musical artists Nata Meipariani and Giga Khelaia.

Aleksidze, the daughter of late choreographer Giorgi Aleksidze whom the troupe is named after, said the project aimed to involve three generations of Georgian creatives for a “literary-musical-choreographic show”.

It is not easy to tour a country where contemporary ballet — dance theatre and performance in particular — is really advanced.”

However, I believe that the Giorgi Aleksidze Tbilisi Contemporary Ballet already has its own signature style, which makes it attractive and remarkable”, the artistic director said in her preview for the tour.

Their premiere follows a 2017 collaboration of the troupe with composer Meipariani, which resulted in an open-air performance at the Tbilisoba City Fest in Georgia.

To complement the new premiere in Germany, the staging group that worked on the show will also meet their audience in Stuttgart for a talk.