How will the Georgian Orthodox church mark Easter during the pandemic?

The Georgian government and the National Centre for Disease Control (NCDC) have urged people to stay home during the Easter holidays, though the Georgian Patriarchate and several members of the clergy have different views on the issue and have called on worshippers to attend the Easter service in churches on April 19.

Starting today at 12 p.m, all private vehicle traffic was banned throughout the country until April 21.

The Georgian Patriarchate has made an official statement earlier today, saying that the new measures taken by the government had not been agreed upon with the Patriarchate, which caused the dissatisfaction of the parish and the clergy.

Though, it was later said that clergy and altar boys will be able to travel to churches on Easter evening and Good Friday", reads the statement. 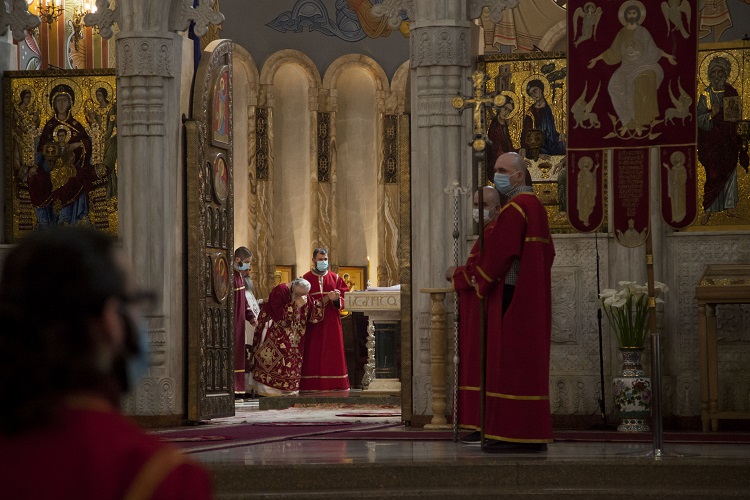 Epidemiologists say that 13 clusters have been already identified in Georgia and most of the infected individuals among them didn’t stay home. Photo: Nino Alavidze/Agenda.ge.

Earlier today thirteen Georgian clerics have made an official statement, explaining why they are temporarily refusing to participate in church rituals. They say that ‘fear does not always mean cowardice’

In the joint address, the clerics say ‘those who  refrain from participating in the rituals because of the epidemic don’t betray Christ.’ 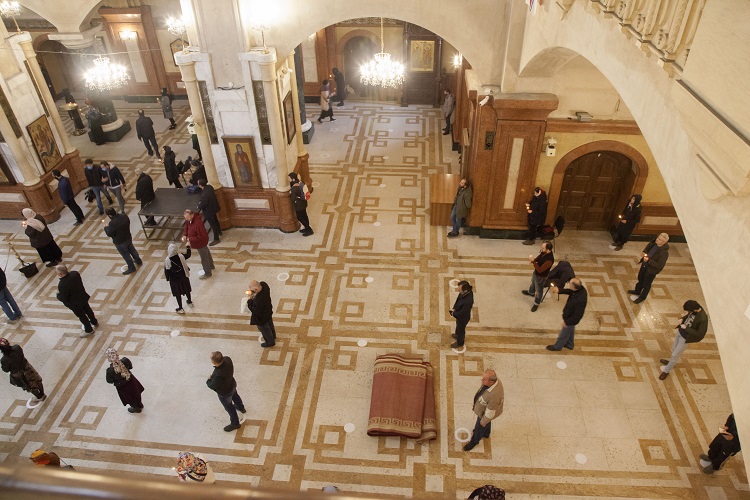 Some members of the clergy have urged the parish to stay home on Easter Sunday and pray there. Photo: Nino Alavidze/Agenda.ge.

Batumi and Lazeti Eparchy urged the parish to celebrate Easter at home. None of the churches will be open on that day. People were urged by the clergy to light candles  near the windows of their home, just like they do it on Christmas Eve.

As for Zugdidi Eparchy, only one church under construction will be open on Easter evening and the parish can attend a service in the yard.

Rustavi 2 reported yesterday that the bishops of Kutatel-Gaenatel, Akhaltsikhe and Chkondidi Eparchies are going to follow only the recommendations of the Patriarchate.

The state of emergency is likely to be prolonged until May 10. Photo: Nino Alavidze/Agenda.ge.

As of today, Georgia has 370 confirmed cases of coronavirus. Of the 370 patients 77 have recovered, while three others have died.

The government of Georgia has implemented further measures against the coronavirus in the country.

Starting 12 p.m. on April 17, all private vehicle traffic is banned throughout the country until the end of the emergency.

The four largest cities of Georgia – Tbilisi, Batumi, Kutaisi and Rustavi – have been put under lockdown for at least ten days starting April 15.

The state of emergency is likely to be prolonged until May 10.

Most churches will remain open for the Easter holiday.