One hundred young European Ambassadors from the EU and its six Eastern partner countries- Georgia, Armenia, Azerbaijan, Belarus, Moldova and Ukraine are gathering this week in Brussels to celebrate the achievements of the Eastern Partnership (EaP) in the past decade.

The 10-year-old Partnership has resulted in over 30,000 young people participating in Erasmus+ volunteering, exchanges and youth mobility projects, and over 6,000 young people benefiting from the opportunities provided by the EU4Youth since 2018, the EU press office says.

The group of young ambassadors, which is joined by a number of social media influencers from across the six countries, are scheduled to meet EU officials to discuss the achievements of the partnership and its future goals. 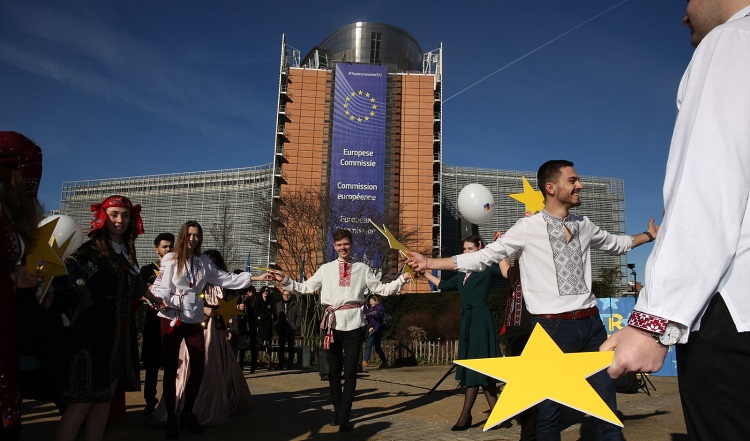 Over 30,000 young people have participated in Erasmus+ volunteering, exchanges and youth mobility projects over the past 10 years. Photo: EU Neighbours East project.

They will also participate in a large flash mob on 15 February at the heart of the EU quarter in Brussels which will feature national dances and costumes,” the press office says.

I can boldly say that the Eastern Partnership totally changed my life (not only mine, but that of every single Georgian). This joint initiative is the best project ever because it gives me and my country a lot of opportunities. I have a better life now than 10 years ago. We are stronger together,” Geno Kutashvili, young European Ambassador from Georgia stated.

Close to five hundred young people from the EU and its eastern neighbourhood currently act as ‘Young European Ambassadors’ (YEAs). These Ambassadors regularly organise local community events in their countries and participate in international events.

The event is organised by the EU Neighbours East project in collaboration with EU institutions.

Launched in 2009 as a joint policy initiative, the Eastern Partnership aims to deepen and strengthen relations between the European Union, its Member States and its six Eastern neighbours: Armenia, Azerbaijan, Belarus, Georgia, the Republic of Moldova and Ukraine.