Reliable sources say that the interim government of Venezuela under leader Juan Guaido will revoke Venezuela’s recognition of the two occupied regions of Georgia Abkhazia and Tskhinvali (South Ossetia) if they manage to stay in power.

Giorgi Tsikolia, the Deputy Chief of mission at the Georgian Embassy to US, asked former US Ambassador for Venezuela and Venezuelan representative to the Organisation of American States (OAS) just appointed by Guaido, if there were any plans discussed by new Venezuelan leader to revoke the recognition.

Listen to the answers by US former Ambassador William Brownfield and Guaido’s representative in OAS Gustavo Tarre in the video below:

The discussion took place on 29 January at the Centre for Strategic and International Studies (CSIS), Washington.

Georgia has stood with the United States to recognise the interim government of Venezuela and its opposition leader Juan Guaido from the Popular Will party, opposing the policy and re-election of Nicolas Maduro.

The public discussion at the CSIS was not the only place in Washington, where the issue of two occupied Georgian regions was on the agenda. 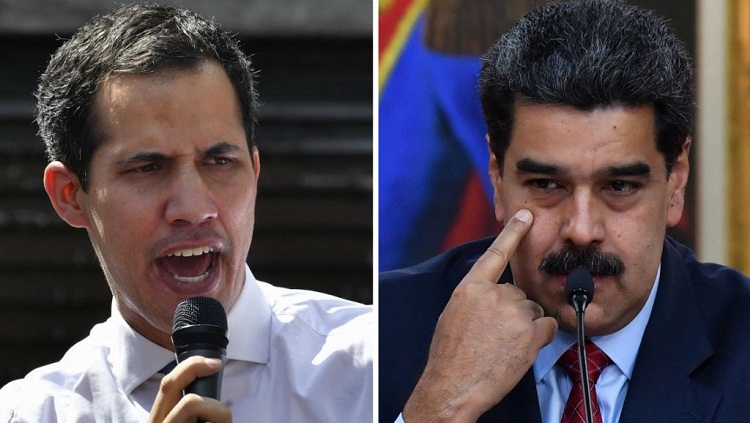 David Smolansky Urosa, former Mayor of El Hatillo municipality in Caracas, Venezuela, who has been in exile in the US since 2017, says that Guaido’s government will revoke the recognition of the Georgian regions.

Smolansky Urosa, a founding member of the Popular Will opposition party, one of the closest allies of Guaido, made a statement to this effect on 28 January while giving a lecture at the Institute of World Politics in Washington DC.

Watch the part of the Smolansky's lecture related to Georgia:

The video from the lecture was uploaded on Facebook by freelance researcher Christina Pushaw, who attended the event.

In the video Urosa says that the Georgian people are the victims of the Russian invasion.

We are with the people of Georgia, who were victims of the Russian invasion in 2008. That recognition Chavez gave was not on the behalf of the majority of Venezuelans.”

Pushaw told Agenda.ge that “ I talked to him (Urosa) privately after the event and he knew that the  de facto leaders of those territories had recently visited Maduro. So, this is a serious issue for them.”

He also said thanks to the Georgian government for recognising Guiado as the legitimate president,” Pushaw said.

Venezuela, which recognised the Georgian occupied regions as independent states under Hugo Chavez in 2009, is one of only five to do so since the Russia-Georgia 2008 war.