Georgian Dream ruling party founder Bidzina Ivanishvili has announced he intends to completely restore one of Georgia’s most special balneological resorts - Tskaltubo, in western Georgia, saying that he will purchase all 22 hotels and nine thermal baths in the resort to give them new life.

He stated that over the past several years the government has tried to attract investors to develop the resort. However, the efforts have not worked.

As the state has no resources to invest several millions of dollars into the full-scale renovation of Tskaltubo spa resort and business is also indifferent due to a lack of a strategic development plan of the resort, I have made a decision to launch a Tskaltubo development  project. With the use of my own funds I will carry out the full-scale renovation of the currently, absolutely undeveloped medical and tourist infrastructure there and will ensure the development of the resort in full line with international standards,” Ivanishvili said.

He stated that his involvement in the project will be a “strong catalyst” for business to get involved. 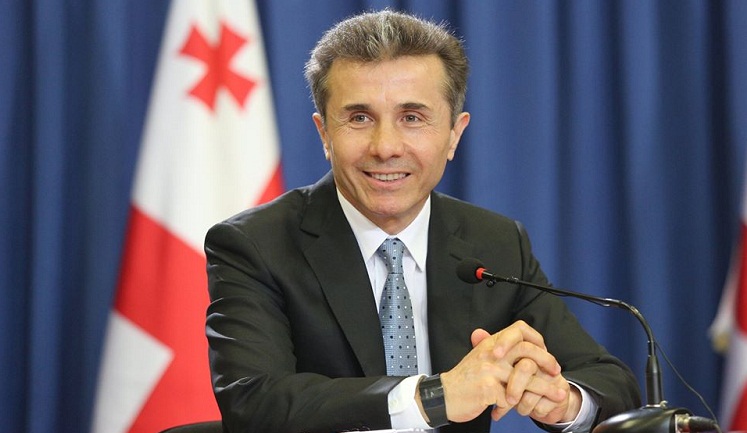 Ivanishvili says that Tskaltubo resort has high potential to become one of the most attractive spa resorts in Eastern Europe. Photo: Georgian Dream press office.

Ivanishvili said that his participation in Abastumani resort development pushed private investors to get involved and as of now “six high-class hotels are being built there - I am building only one.”

In terms of Tskaltubo, Ivanishvili  has made an “interesting offer to investors.”

At any stage of the project I am ready to sell facilities to investors in its price or at a discounted price to encourage business,” he said.

Ivanishvili stated  that Tskaltubo development conception will be based on the plan offered by one of the leading consulting companies Kohl & Partner.

The plan also reads the construction of new infrastructure like children playgrounds, an aqua park, a tropical garden, golf and tennis courts, a park for climbers, a trade center, cafes and restaurants and an education centre in Tskaltubo,” Ivanishvili said.

“I believe that in the near future Tskaltubo will become one of the most attractive resorts in eastern Europe,” he said.

He stated that during and after the renovation of Tskaltubo 15,000-20,000 locals will be employed which will play a role in maintaining people in the regions and for further, regional, economic development.

PM Giorgi Gakharia said that the project will make Tskaltubo a large-scale tourist centre which will give a "big push to the economic development of the whole western Georgia."

Tskaltubo is located 15 km away from Kutaisi and is famous for its various baths, treating about 60 different kinds of diseases.