Georgian Dream founder Bidzina Ivanishvili, who now chairs the Georgian Dream party, has made special offers to businesses in his interview with Entrepreneur.

Ivanishvili says that he is ready to transfer the ownership of the Paragraph Hotel, a five-star hotel in Shekvetili, in which over $120 million have already been invested, for $60 million.

At the same time, if a buyer were to discover, as a result of an audit, that any expenses out of the $120 million that were invested in the hotel are unjustified, purposeless, or artificially inflated, Ivanishvili is ready to subtract those funds from the nominal price of $60 million.

As concerns the Panorama Tbilisi project, it will be possible to purchase it at a 10-30% discount and the aforementioned condition that applied to the Paragraph Hotel will also apply in this case – a strict audit of the expenses paid.

Ivanishvili is ready to sell all eight hotels that are being constructed by the Tourism Development Fund at prime cost, or at a discount, with only one condition – their construction and opening for business must not be delayed (two years at the latest) and the approved projects must not be changed without prior agreement. 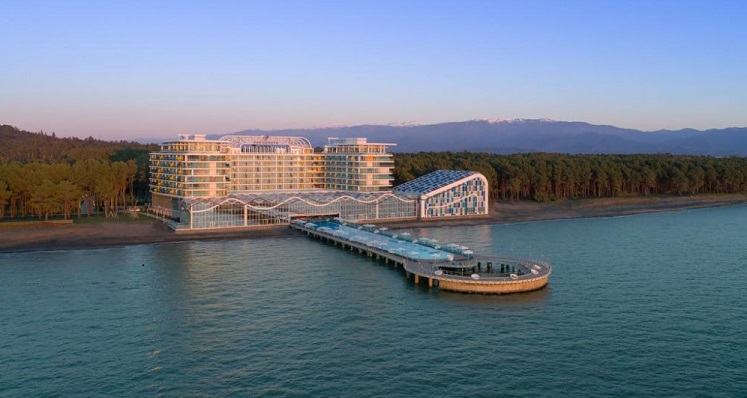 The interview featured Ivanishvili as a social entrepreneur - a person whose efforts are directed at the implementation of business model-based projects of a scale that is designed to change the social environment.

I have said on numerous occasions that I have never done business in Georgia in the classic sense – that is, a business for profit. Cartu Bank is the sole commercial organization and it too, had a different function since the day it was created [by me]. It was the first investment bank and I had the same attitude toward it as well – I founded it in order to help the country as the banking system was very weak in Georgia at the time; the system needed help,” Ivanishvili said.

Ivanishvili said that his recent initiation of the Tskaltubo project was largely determined by the positive experience in Abastumani.

It can be said that the Abastumani example emboldened me and allowed me to decide to implement a project that is of the same type but on a larger scale.Total investment in Abastumani has reached 1.5 billion GEL,” Ivanishvili said, stating again that he is ready to sell the project on an interested business “at any stage of its development.”